Based On A Model By Francesco Laurana

Bust of a woman

This bust is a painted terracotta replica made between the end of the 19th and the early 20th century, based on a famous 15th century Renaissance sculpture by Francesco Laurana. The original work, made out of marble, was unfortunately damaged during the second world war while in the Bode Museum in Berlin; it probably represents a woman of high standing in the Aragon court of Naples, perhaps Hippolyta Maria Sforza, sister of Ludovico Sforza, the celebrated duke of Milan and patron of Leonardo da Vinci. The original Laurana bust was very much appreciated at the end of the 19th century, when Renaissance art came into favour, as proven by the many plaster casts of these works housed in museums worldwide. 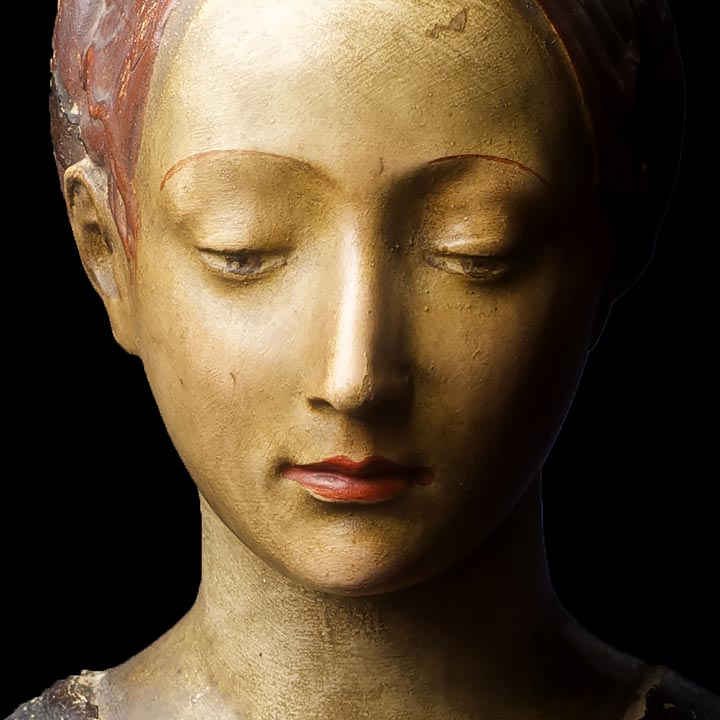 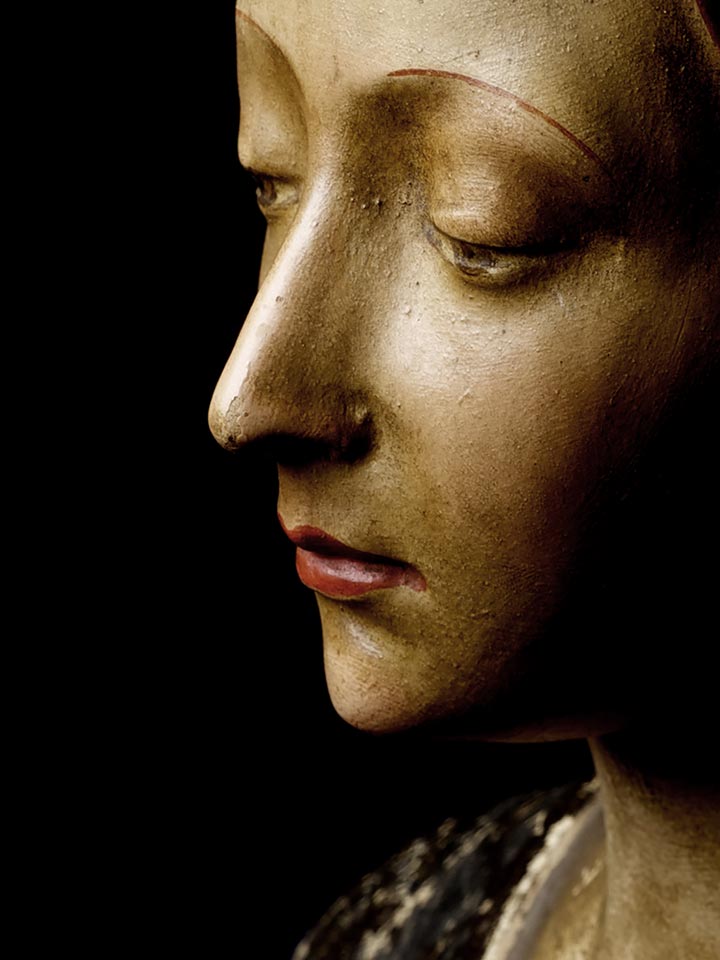 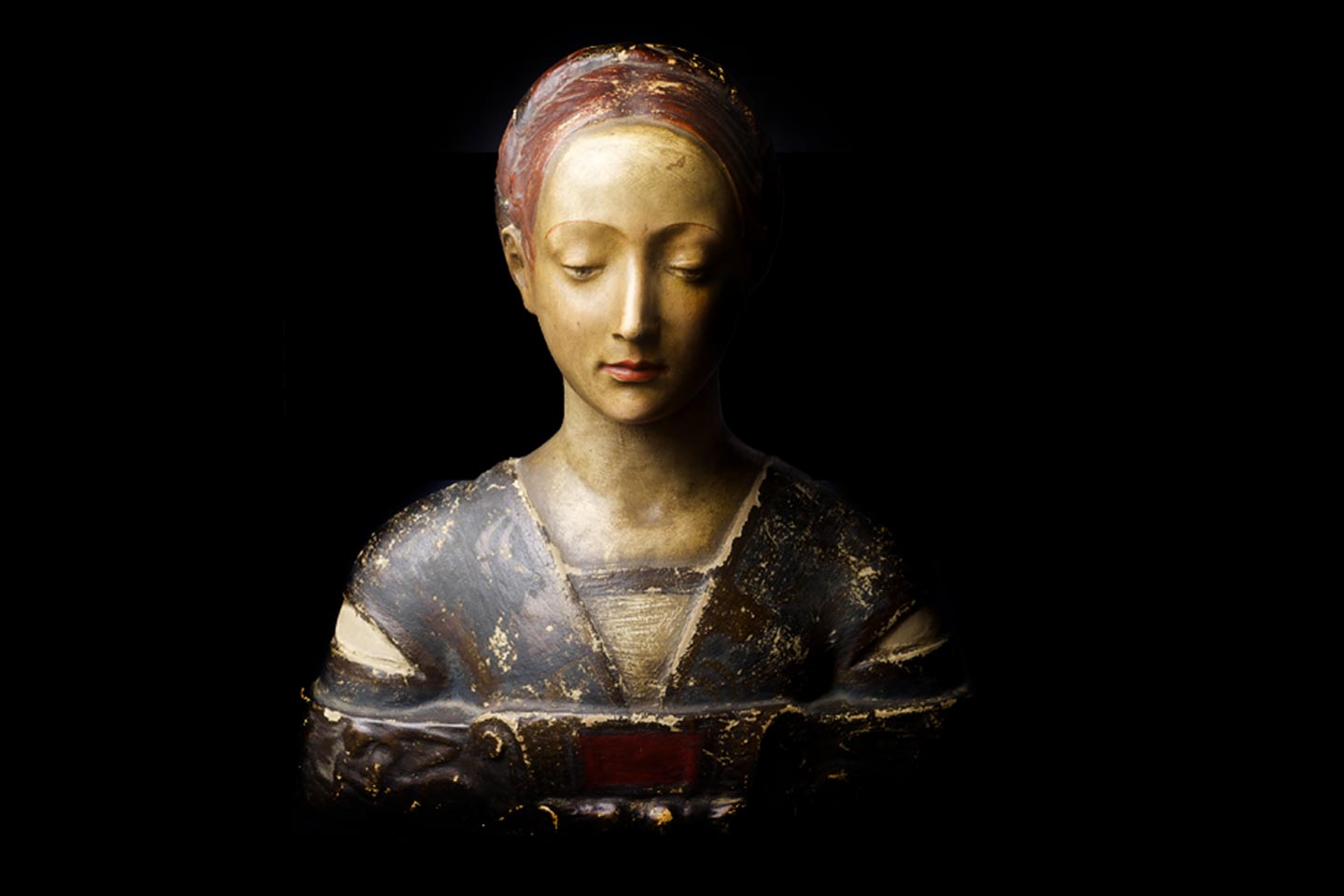 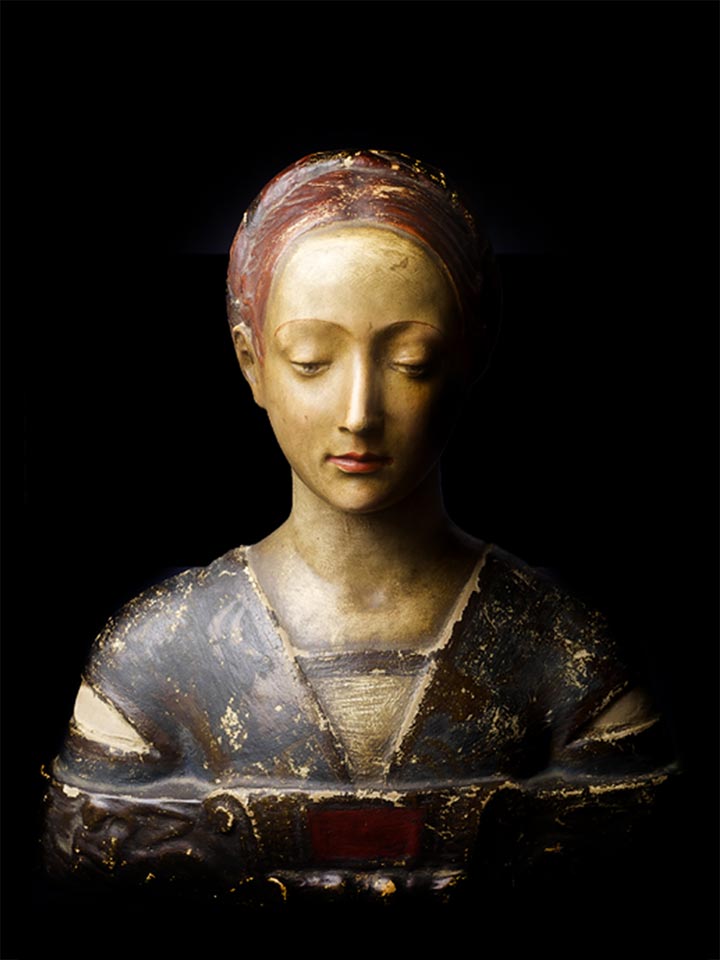