Ignazio Marabitti, a very productive Palermo sculptor working between 1745 and 1797, the year of his death, was considered a great innovator, as can be clearly seen in this sculpted Cherub. Unlike his contemporaries, often influenced by the very powerful naturalistic trends of the time, Marabitti's marble figures reveal a yearning for formal balance that owes a great deal to the classicism of the Roman school where he trained. If we look at the posture of this Cherub's limbs, we notice how the slight arching of the back is balanced by the bending of the left knee, how the volume of the left arm folded at the shoulder is matched by the other arm extended along the figure's side and how the slight tilting of the head to the left is figuratively supported by the abundant folds of the drape on the figure's right. The result of this dynamic play and juxtaposition of forms is a sculpture that in its inimitable way prefigures the imminent Neoclassicism of the 19th C. 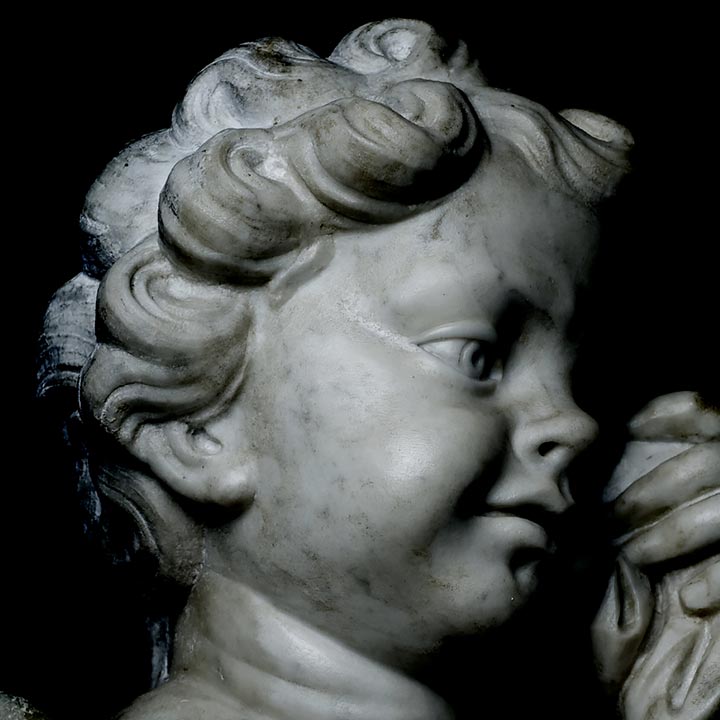 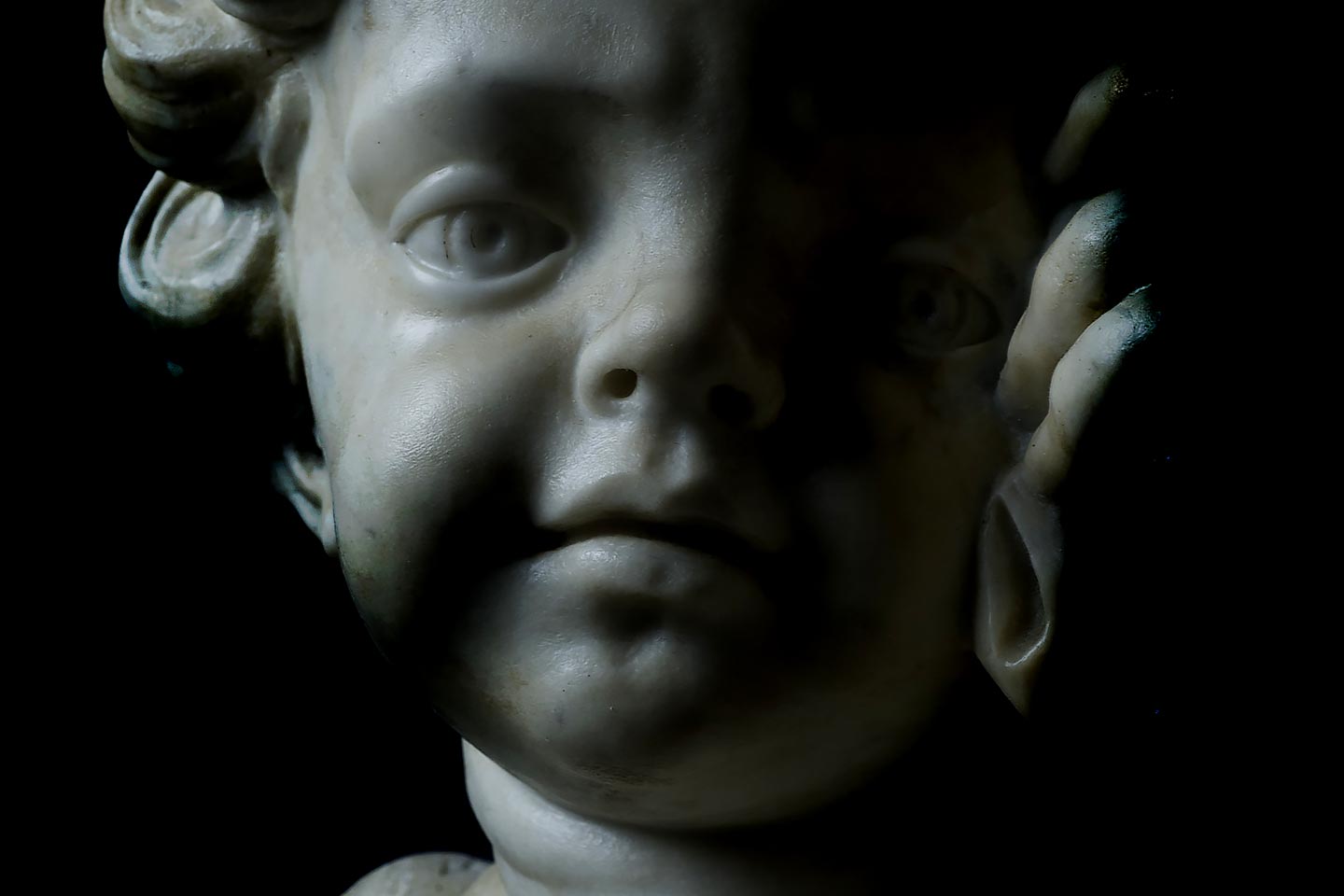 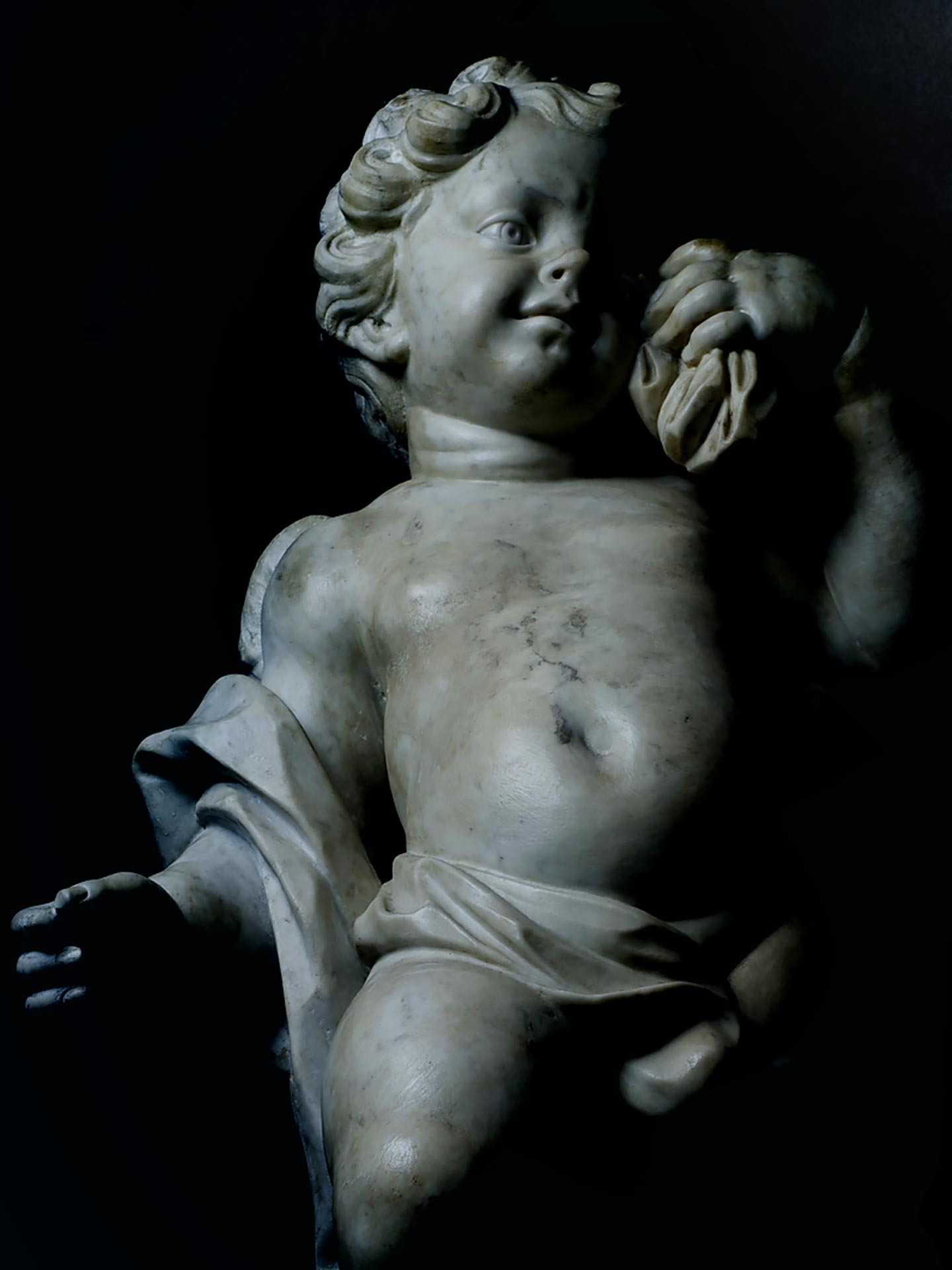