The features of this Crucifix are typical of Baroque representations, and not just in Sicily: the anatomical aspects are enhanced, the gaze is turned towards the heavens, the crown of thorns is very detailed, the loincloth has its knot in the centre, Christ's expression is both touching and heroic. These are all details that recur in the work of important ivory craftsmen such as the sculptor Alberto Tipa, who may have provided the inspiration for this crucifix. During the course of the centuries, the representations of Christ on the Cross has changed in many ways, though not that radically. The first Christians, when Christianity was still a forbidden religion, would represent Crucifixion using a symbolic lamb accompanied by a cross. The image of the Cross bearing the figure of Christ, as we know it today, first appeared in the 6th century and was still rare until the 10th century, when it became more popular, mainly through engraved ivory figurines, decorations on metal and in manuscripts. A new image of Christ on the Cross, with a withered body and clear indications of suffering, was developed during the 10th century. The loincloth was indeed an invention of Medieval artists to avoid representing a naked Christ. The crown of thorns motif was instead introduced to the West in the 13th century, when Louis IX of France returned from a Crusade with the sacred relic. Only since the Renaissance is the Crucified Christ represented as deceased and with his head bowed to the right. 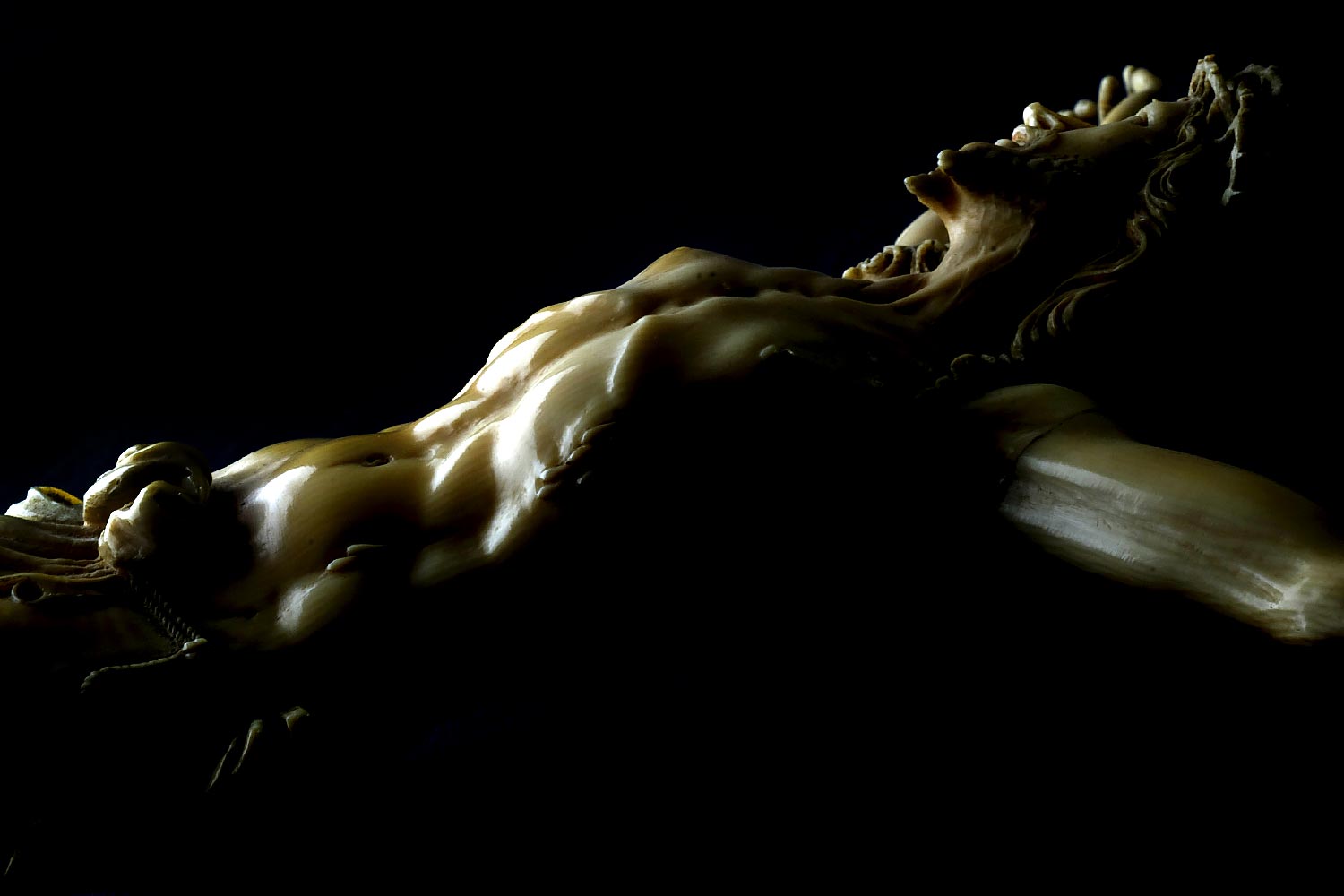 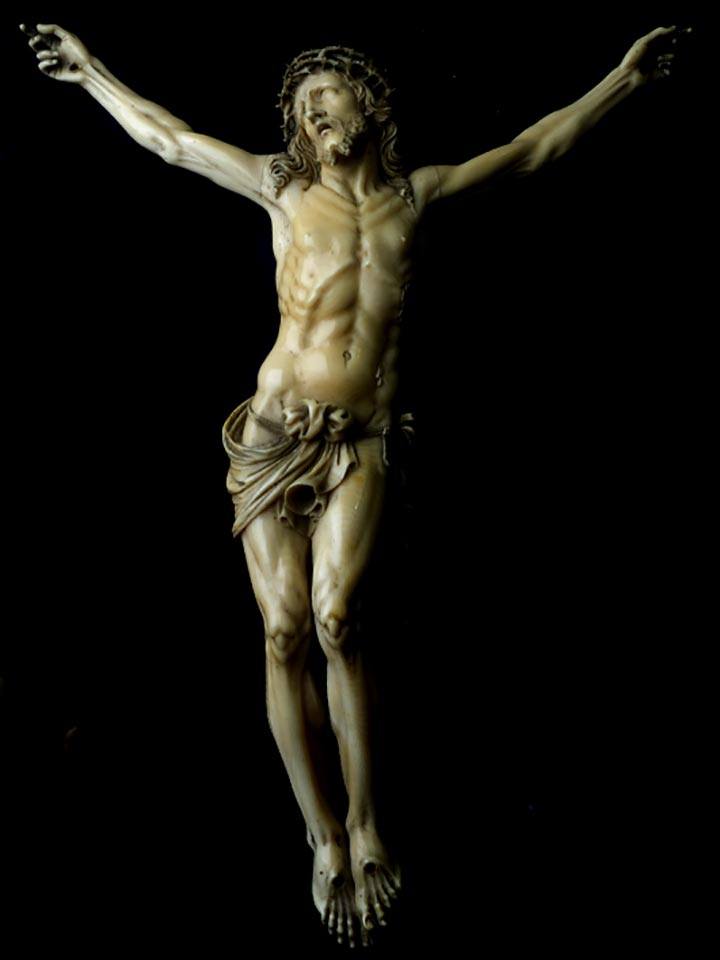 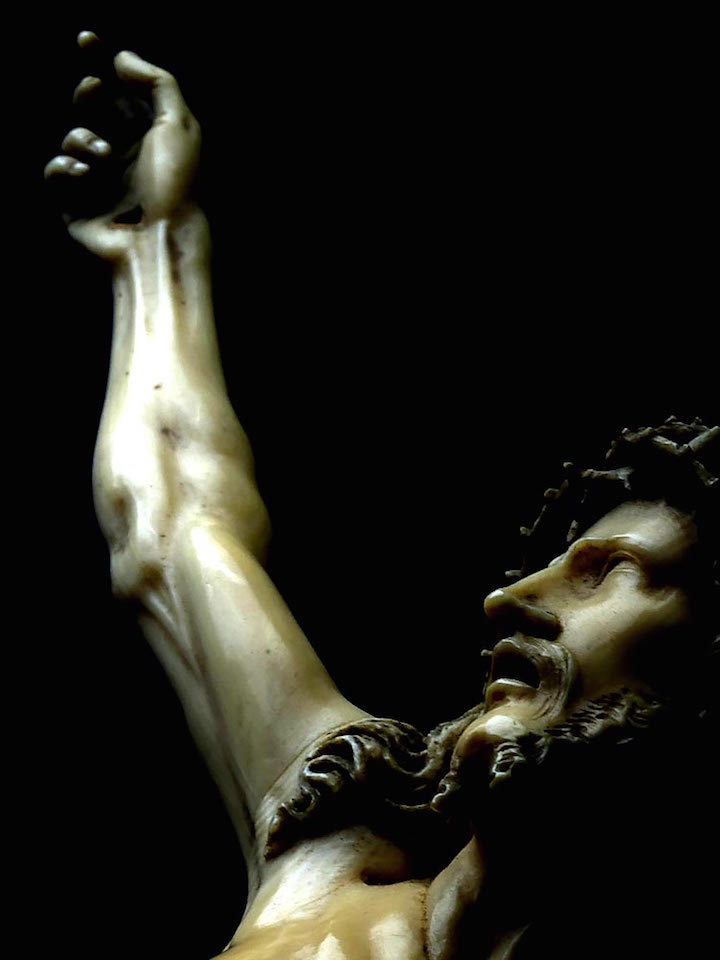 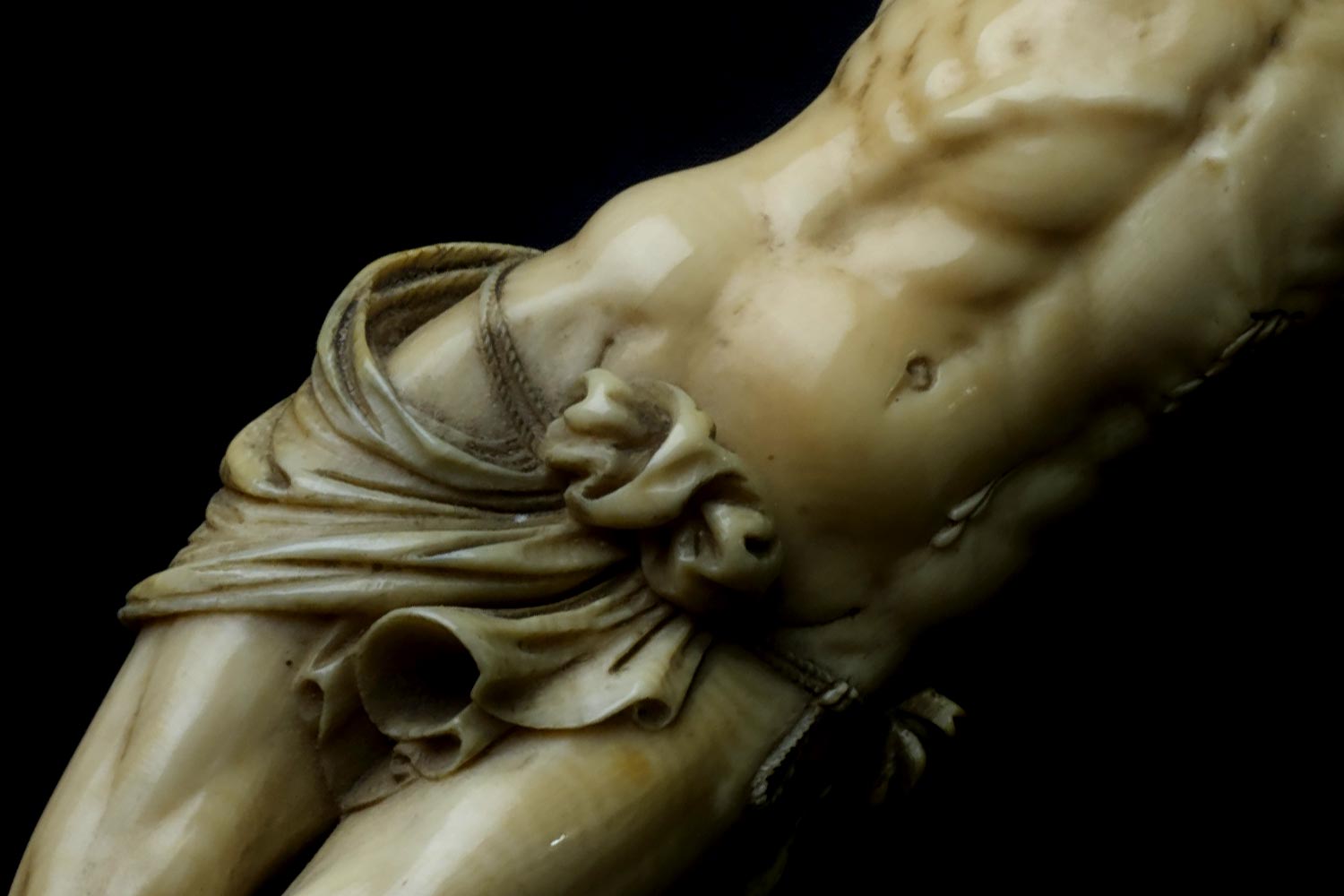 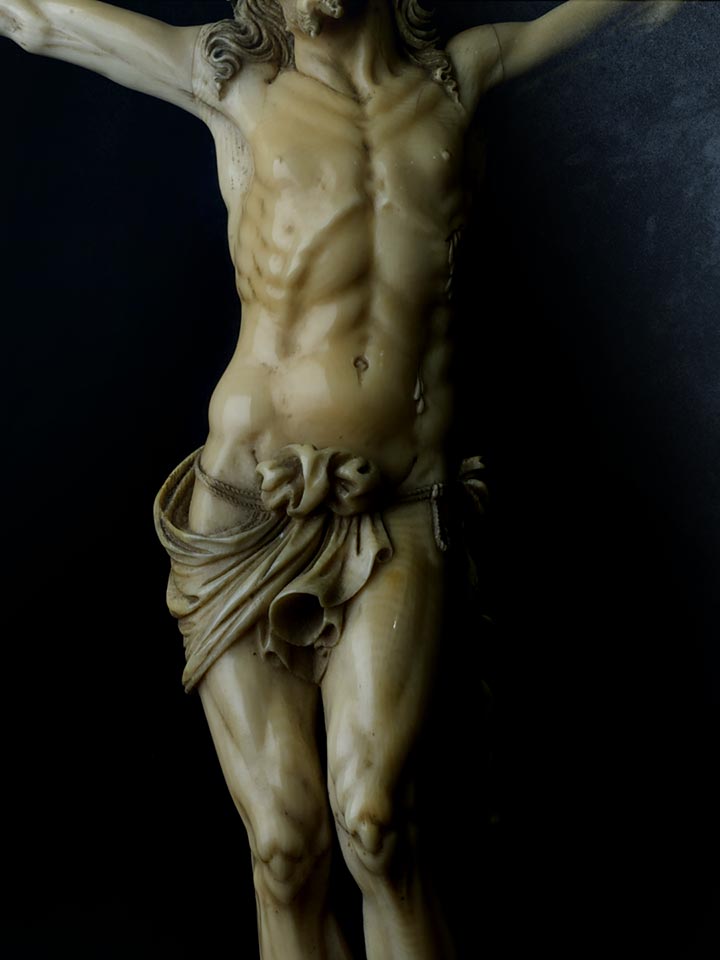