Even the earliest representations dating back to Roman times, and even the on coins, the goddess Juno has a thick crop of wavy hair which this neoclassical bust sports with full chiaroscuro and curvaceous detail. The Roman civilisation transformed the worship of the Greek Hera, wife of Jupiter, into that of Juno, endowing her with the role of protector of the State, so it's hardly surprising that with the revival of Classicism in 19th century artists were drawn to representing this particular divinity. The extreme fixedness of her expression, the refusal of any attempt at realism that this Head of Juno embodies, are typical aspects of the Neo-Classical tradition which strove to revive classical forms, as the norm that tended towards perfection, logic, symmetry and clarity, and an interesting example of the kind of theoretical research that sought to establish the rational foundations of beauty so typical of the 19th century. 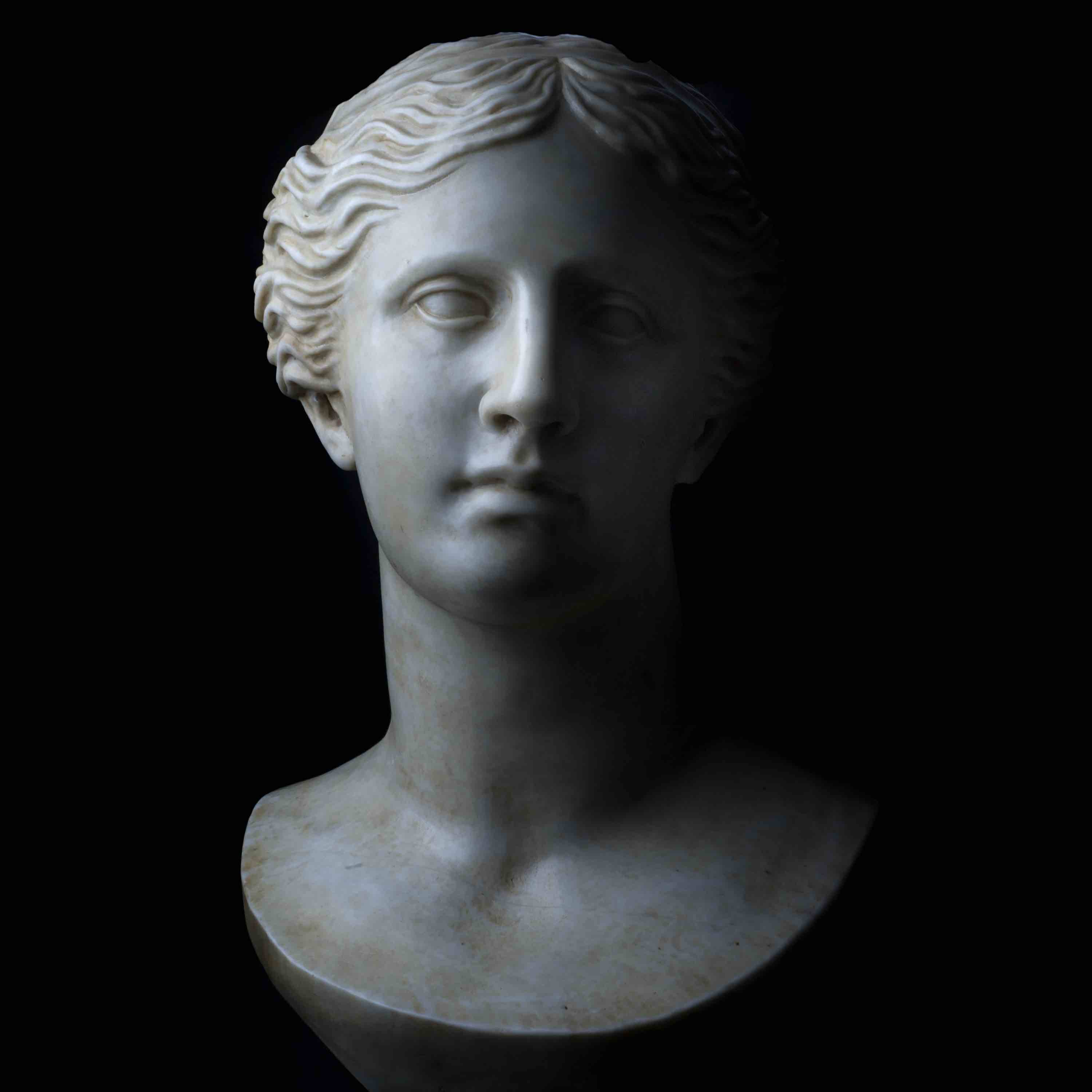 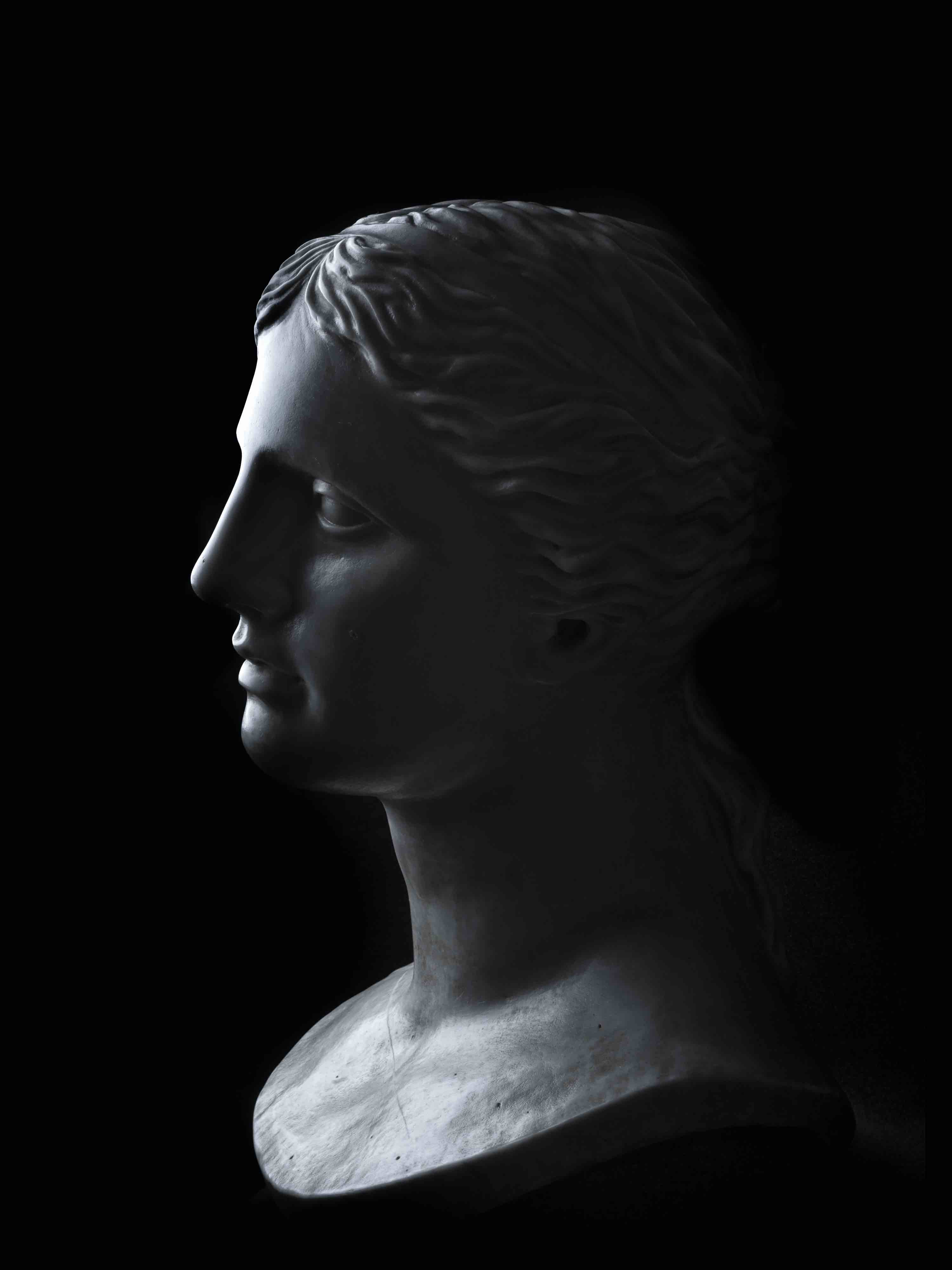 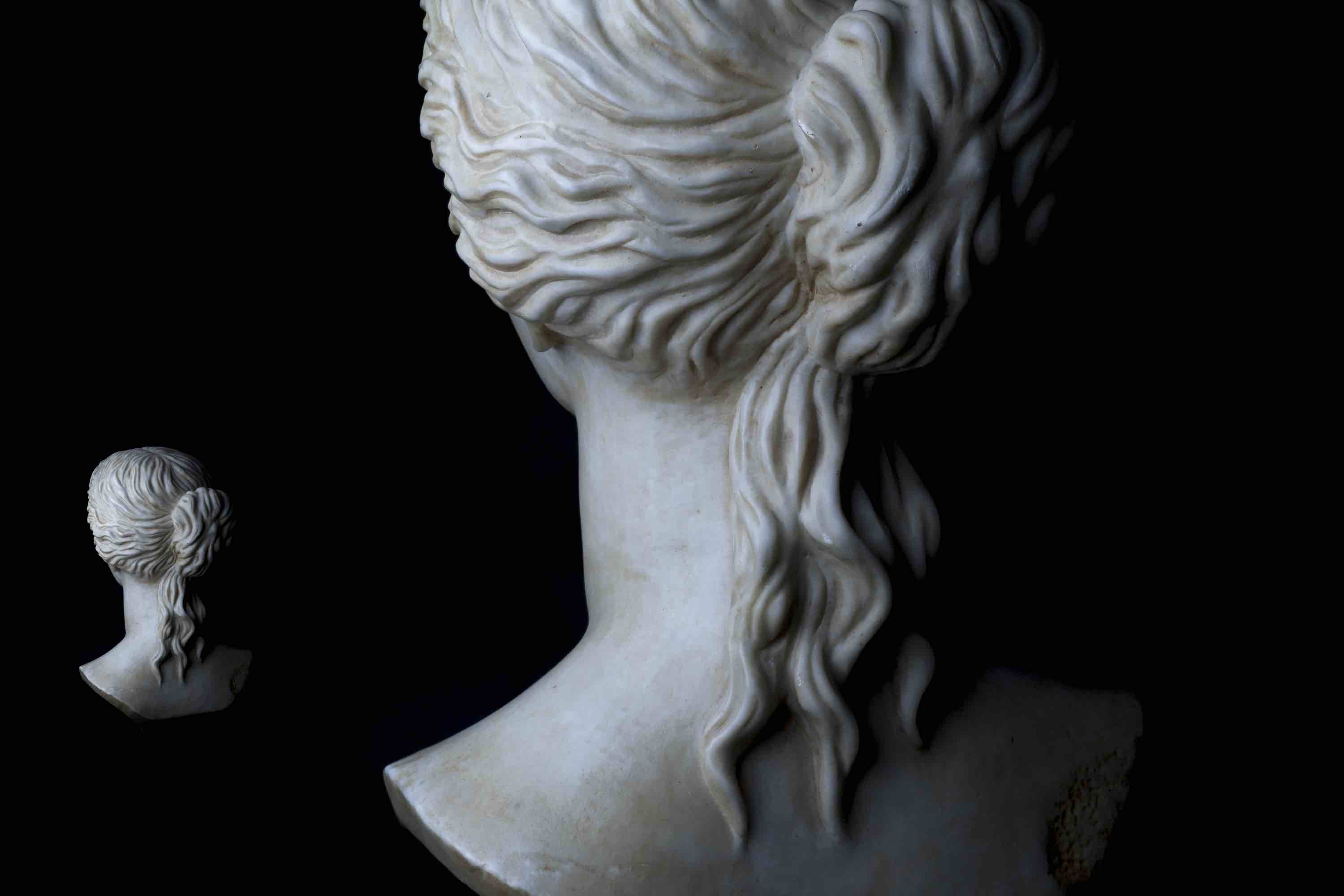 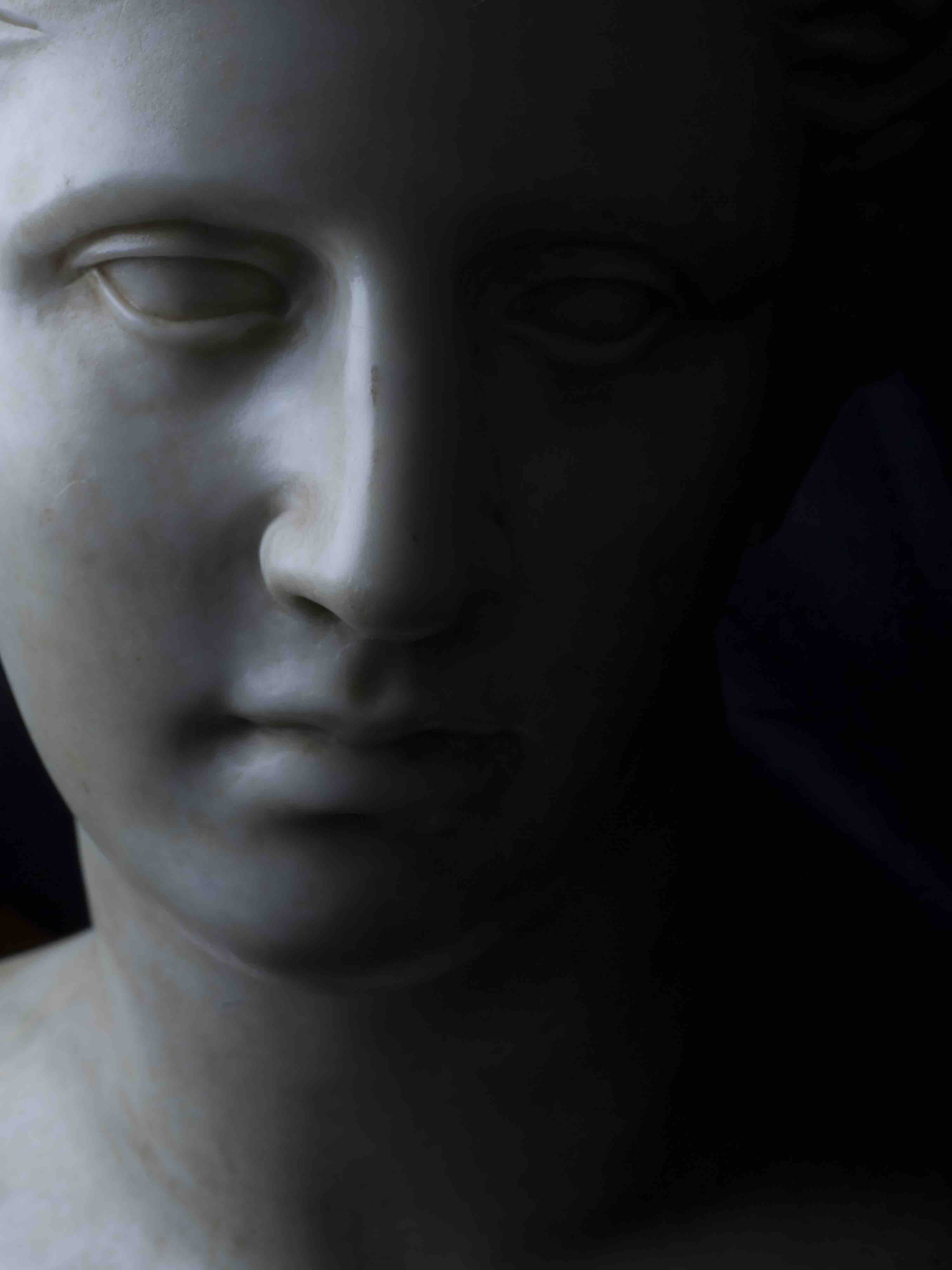 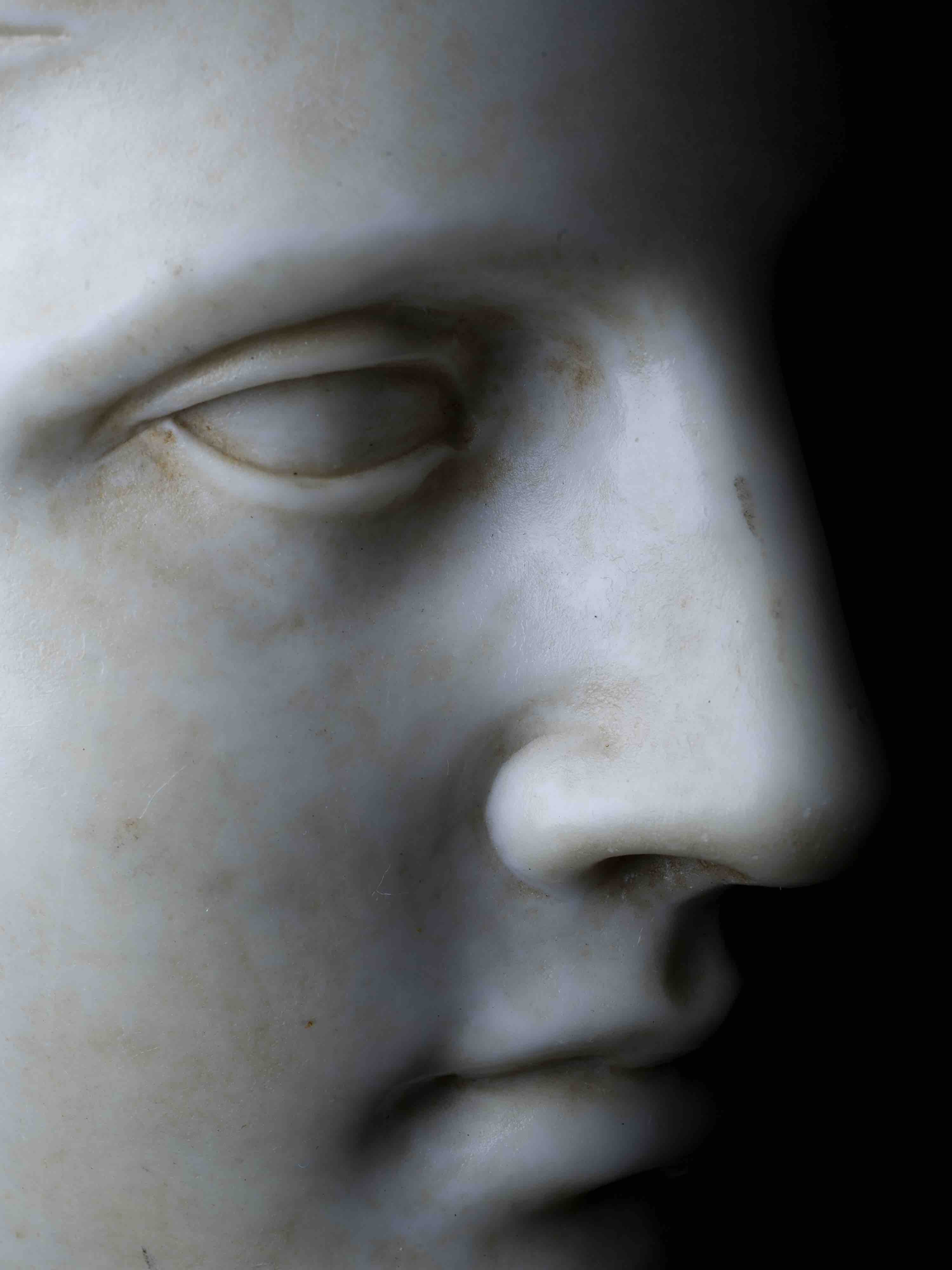 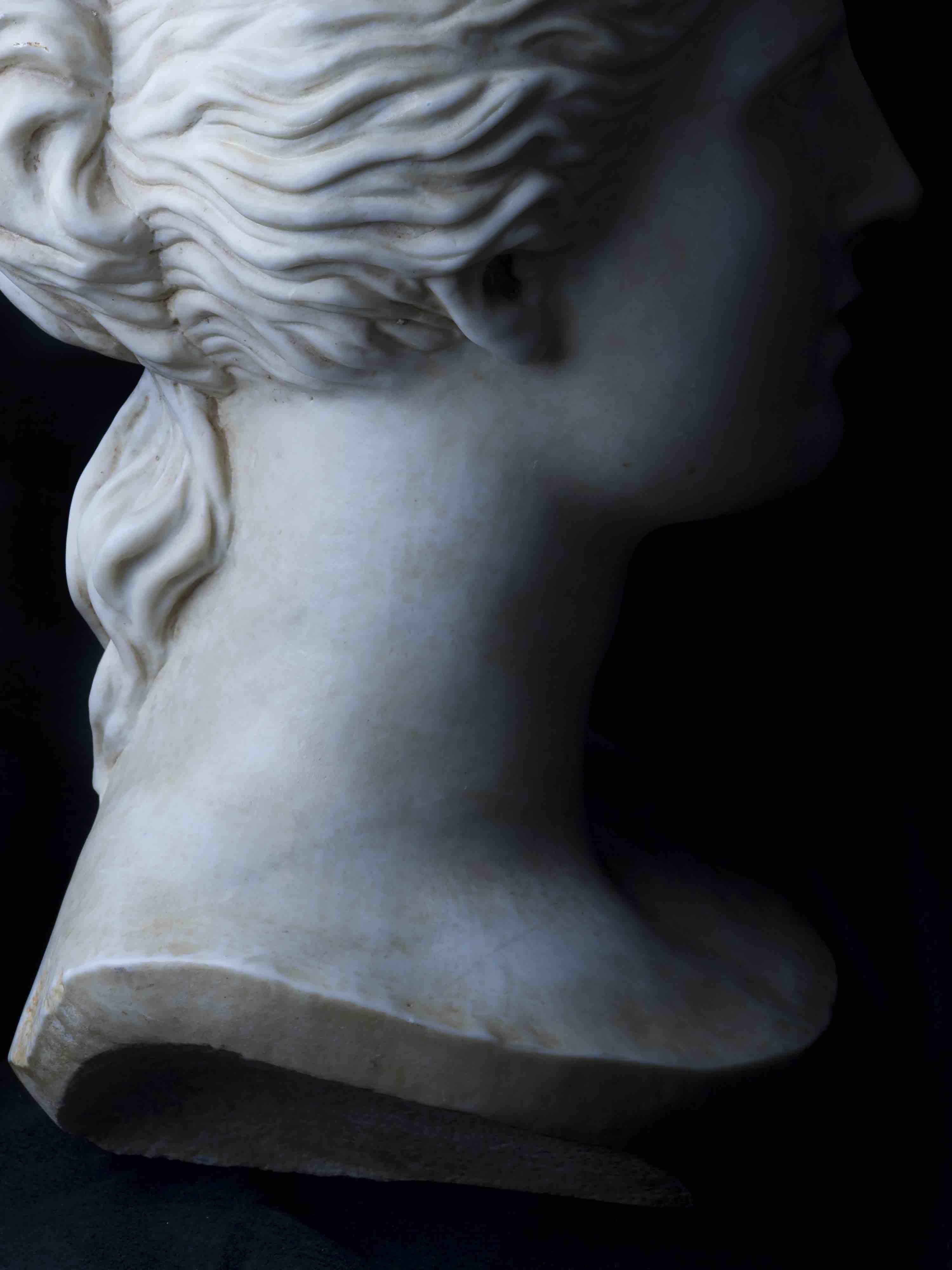 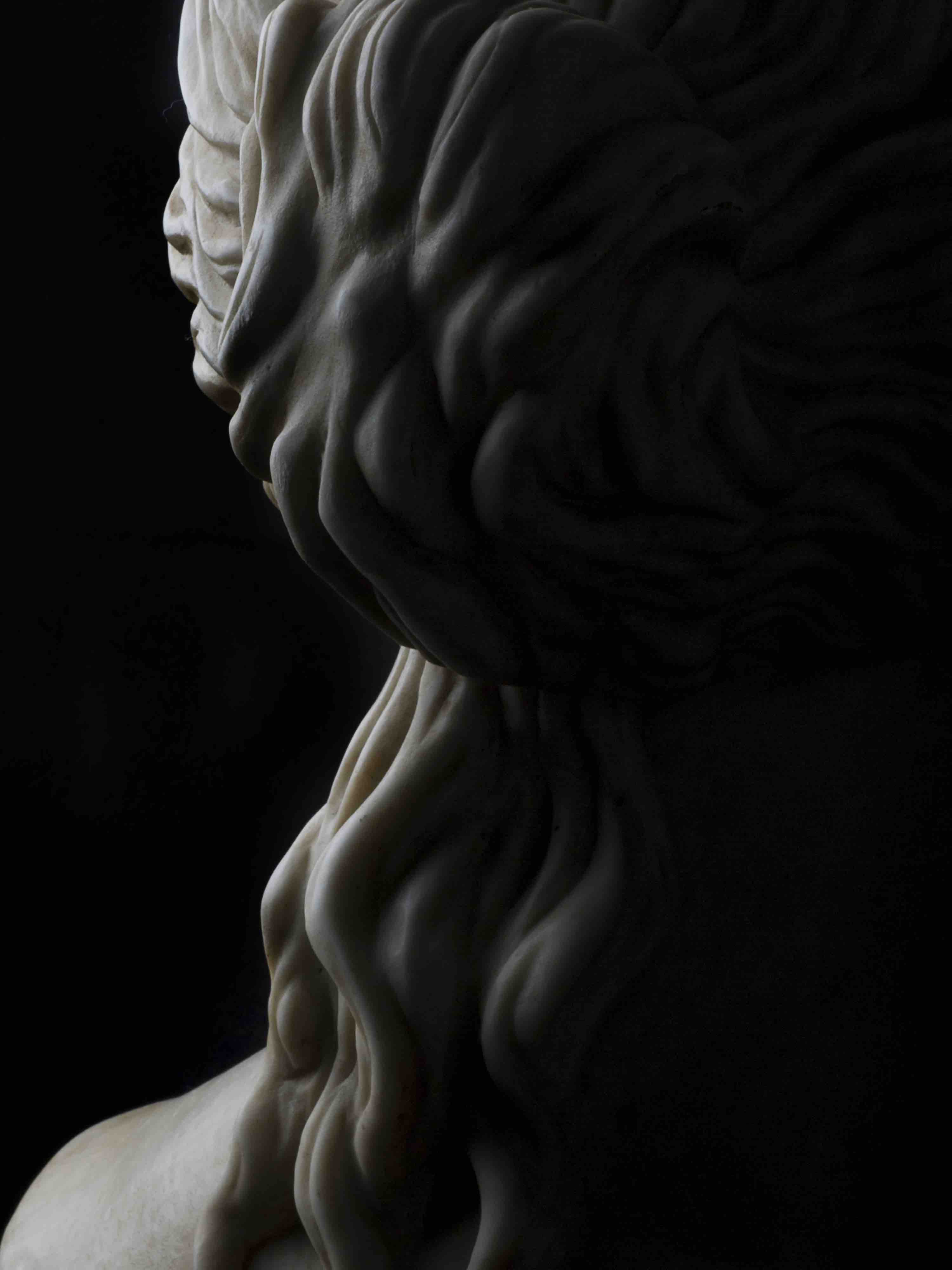 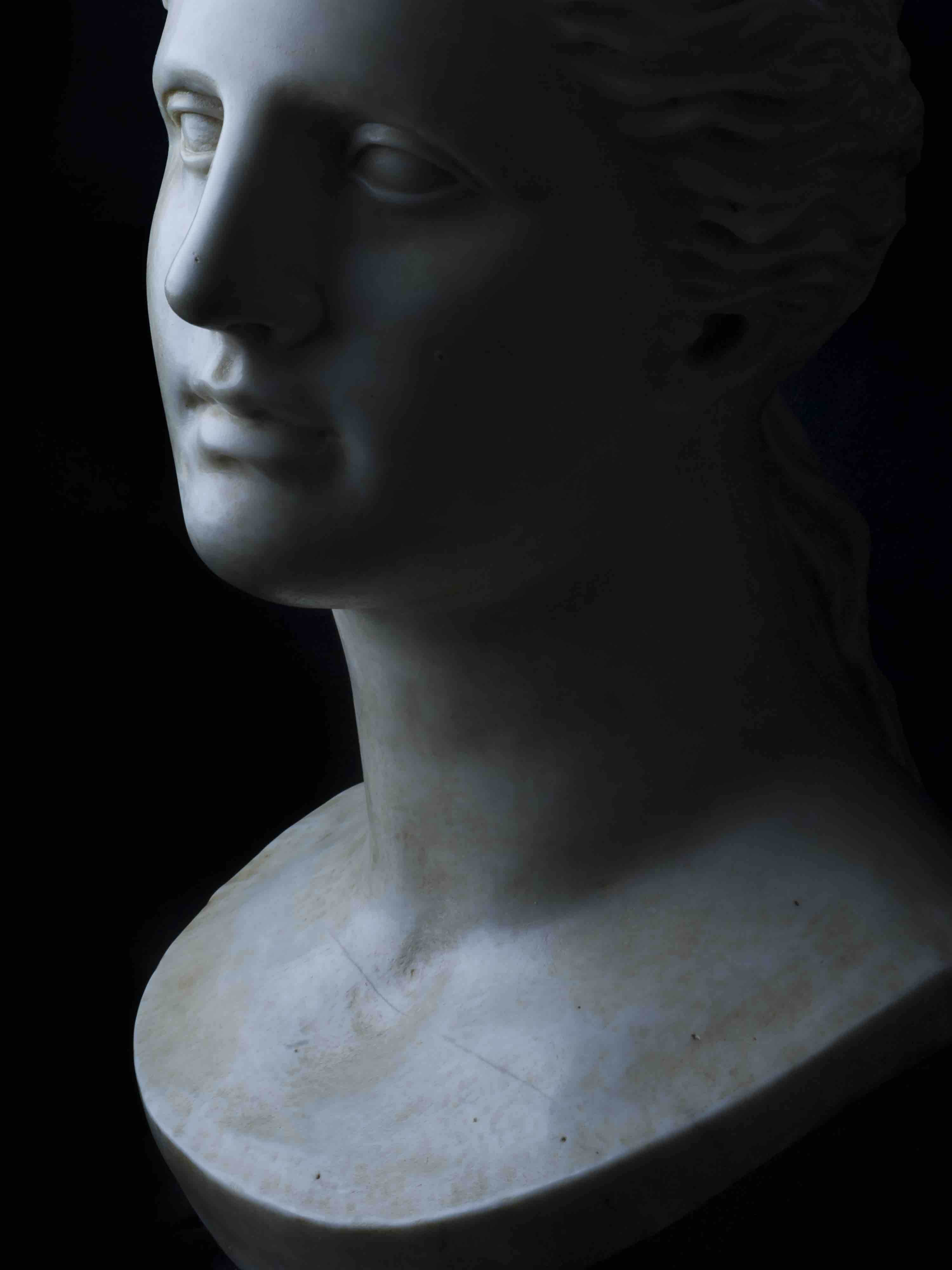