Vergin of the Immaculate Conception

In 18th century Sicily, under the reign of the Bourbons, devotional art enjoyed a moment of great splendour thanks to the ostentatiously Catholic nature of the dominant classes. The many representations of the Madonna, a subject particularly worthy of devotion seeing as she was a symbol of mercy, were only just tolerated by the Church and were essentially commissioned for private worship. What's more these interpretations, once introduced and accepted within a certain social milieu, became a model that spread rapidly given the universal nature of its message. This Immaculate Conception was in all likelihood a precious decoration of a private chapel, or could have even been located in the private boudoir of a noblewoman. Its wooden pedestal, carved in a polygonal shape, employs the typically Trapanese technique of 'reincastro' involving drops and chevrons of coral set in what are clearly medal shaped designs. The figure or the Virgin, in ivory, is wrapped in a richly pleated and swirling drape, which forms a simple yet precious dress, which leaves the neck and part of the bosom uncovered. The face, framed by a hairdo that was very much in fashion in the Bourbon court is sculpted with great detail, while the figure wears a very innocent expression and appears to be deep in prayer, an attitude that is reinforced by the position of the hands crossed in front of her. 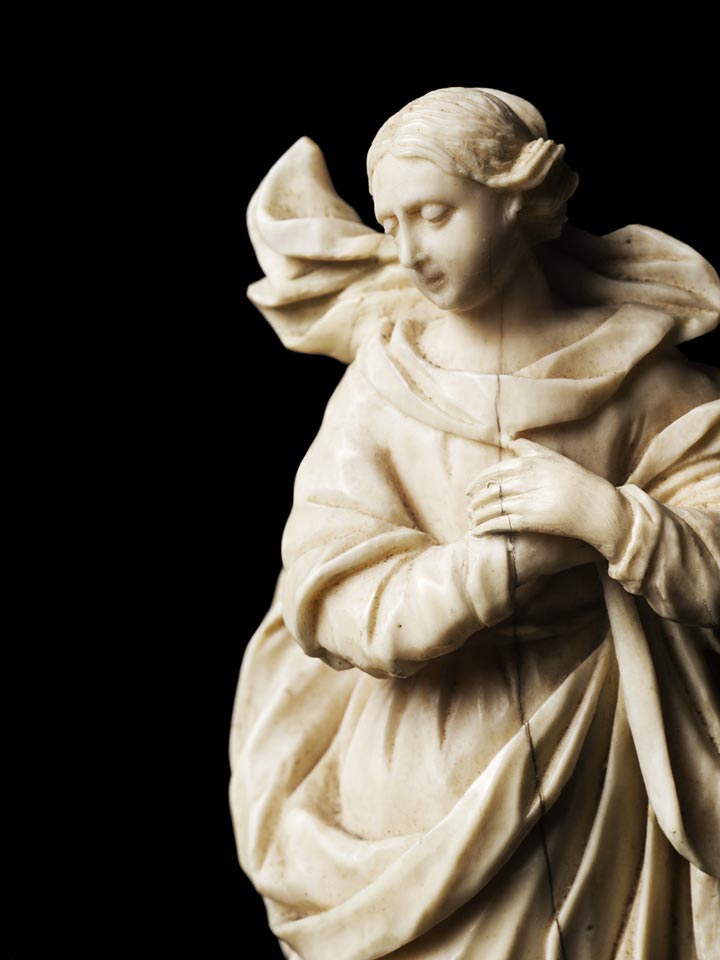