The martyrdom of Saint Sebastian

This ivory sculpture is a precious and very significant example of the extremely high skill levels achieved by Sicilian craftsmen in the use of materials of animal origin for the creation of precious objects or sacred art. Along with coral, ivory was highly favoured during the Sicilian Baroque period.

As is well-known, ivory is obtained exclusively from elephant tusks, and this origin has entailed that even in the early days of its usage it was always considered very precious and therefore mainly used for jewellery and works of art, and only vary rarely for everyday objects. One of the most ancient finds of ivory items took place in Egypt and consisted of bracelets dating back to 4,000 B.C: Ivory was in any case also known in India, China and Japan, as well as in the Mediterranean basin.

The representation of the martyrdom of Saint Sebastian in this sculpture is particularly enthralling, besides being surprising for a number of reasons. The young saint's body is carved with a level of refinement that enhances the balance of the anatomical description and even the softness that seem to be inspired by classical sculpture. Conversely the tree on which the body of the martyr is leaning seems to be writhing almost in human pain, with a series of shoots that conjure up volumes within the surrounding space. And while the flesh of Saint Sebastian's body has been smoothed to the point of seeming diaphanous, the tree and its tormented branches boast very finely carved bark. These strong contrasts are probably meant to convey a very significant vision of the sacred: the purity of the saint, glorified by martyrdom, stands out compared to the tormented matter of human existence. Even the Saint's gesture is surprising: although the face, the Saint's expression and the right arm are stretched upward, in a stance typical of a celestial evocation, the anatomically perfect hand is bent over, in an elegant and suspended position reminiscent of a dance rather than a movement of someone about to die. 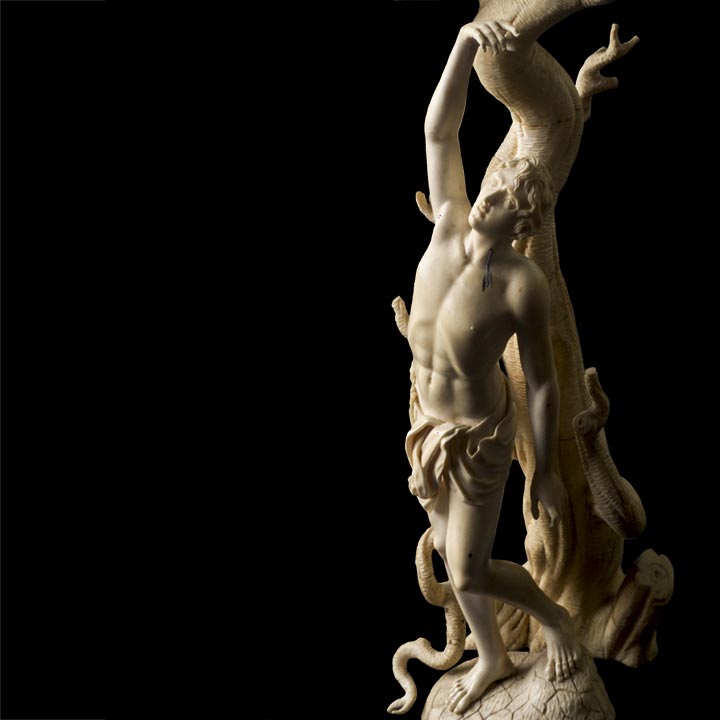 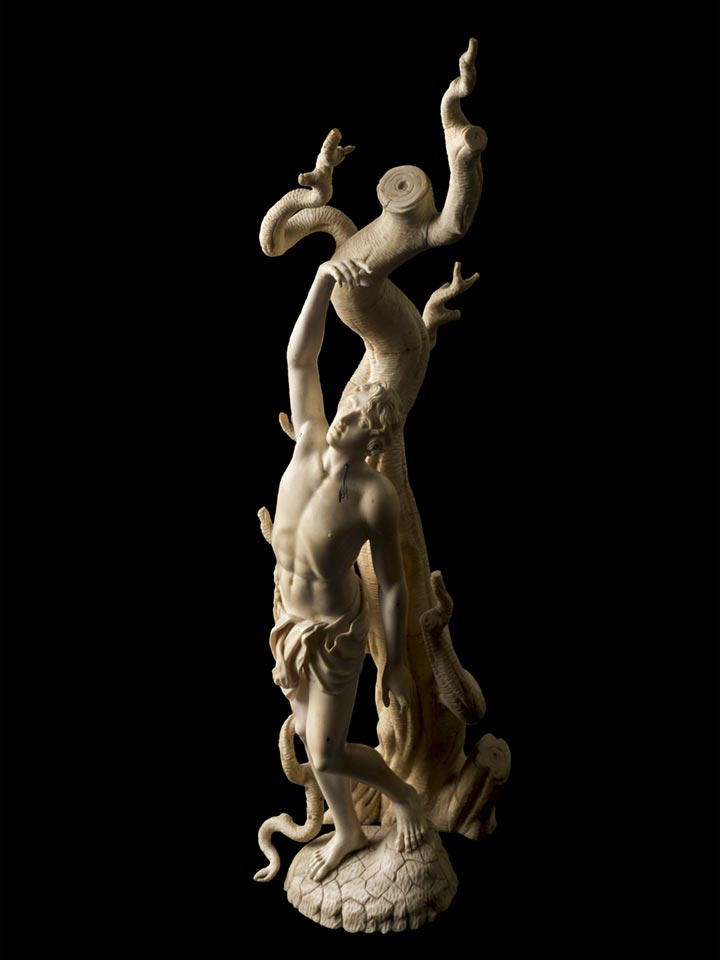