The quality of this cupid is a far cry from the technique and depth of expression achieved within Serpotta's workshop, despite being of around the same time. What is striking is the energy of the engravings in a material, stucco, which is generally used for its soft, smooth surfaces. Anatomically, the infant's face is marked by volumes and cuts in the eyes, nose and mouth that one could claim to be dramatic, were it not for the resulting smile. The eyebrows, the cheekbones, the cheeks and the chin seem to be transfixed by a spasm, inflated by a force from within, while the hair bursts into an array of dishevelled locks. The head is slightly tilted to the right, almost resting on a small wing, while the neck is embellished with a very faintly etched feather collar.

The tension of the figure is enhanced by the material, which is deliberately left unpolished, providing a surface texture that does not even attempt to resemble that of skin.

The figure of the cupid, usually a male child with wings, was a typically Baroque theme and was often found in both sculpture and painting. The cupids evoke angelic figures, while their youthfulness recalls a state of innocence, and hence purity. The origin of these figures is very ancient and can be traced back to the so called Erotes, better known as Cupids, a constant presence in Ancient Greek art but which already had a place in Greek literature and philosophy of the Archaic Period. 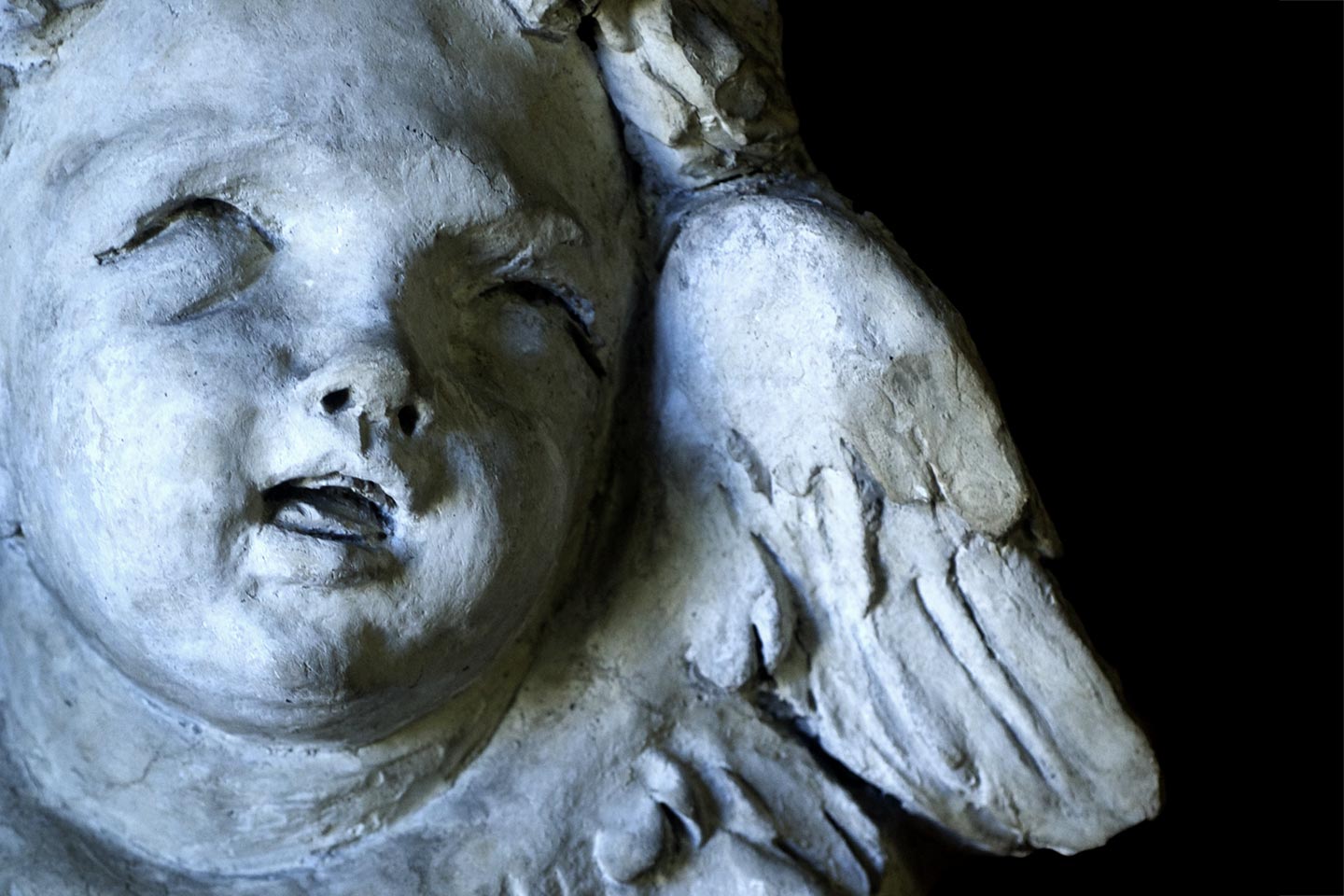 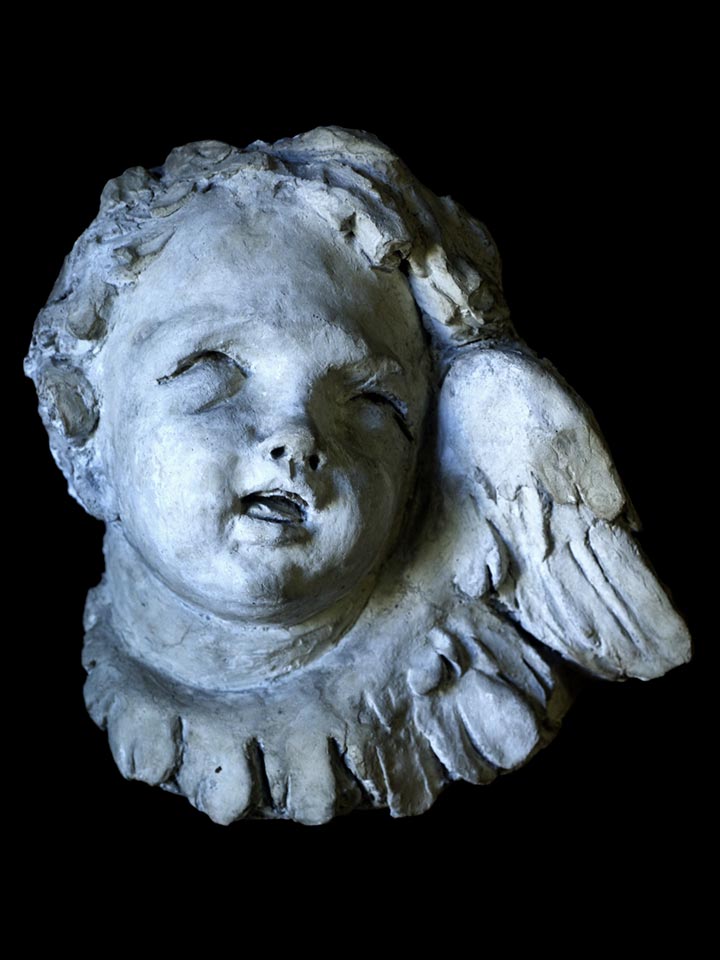