For a long time the moulding of stucco was considered a mere craft rather than an artistic endeavour comparable to the sculpting of marble, of which it often seemed to be an imitation. In Sicily this misunderstanding was definitely debunked thanks to the artistic excellence of Giacomo Serpotta and his workshop, where many sculptors of the 18th century actually trained. The stucco sculptures were made by first preparing clay models which were then used to make a plaster cast. A mixture of plaster, fish glue, marble powder, quick lime and curdled milk was then poured into the cast. The finished work, of the purest white and extremely hard, very closely resembling marble, was then wax-polished or painted with golden pigments. Serpotta introduced the innovation of adding marble powder to the mixture which made the surfaces of his amazing figures shinier and thus more vibrant under the light.

This head, despite not displaying the expressive intensity of those crafted by Serpotta himself, does nevertheless reveal the main characteristics of the school: the presentation of the multiple facets of reality through images of children. The frowning expression, the dishevelled hair, the lips parted in a restrained yet determined utterance are in this case a way of describing an adult world with a very strong character, as was the case with Serpotta's very complex works, capable of creating a very lively space filled with constant motion, shaped around dramatic and intimate narratives, yet often also displaying a playful and fantastic élan. 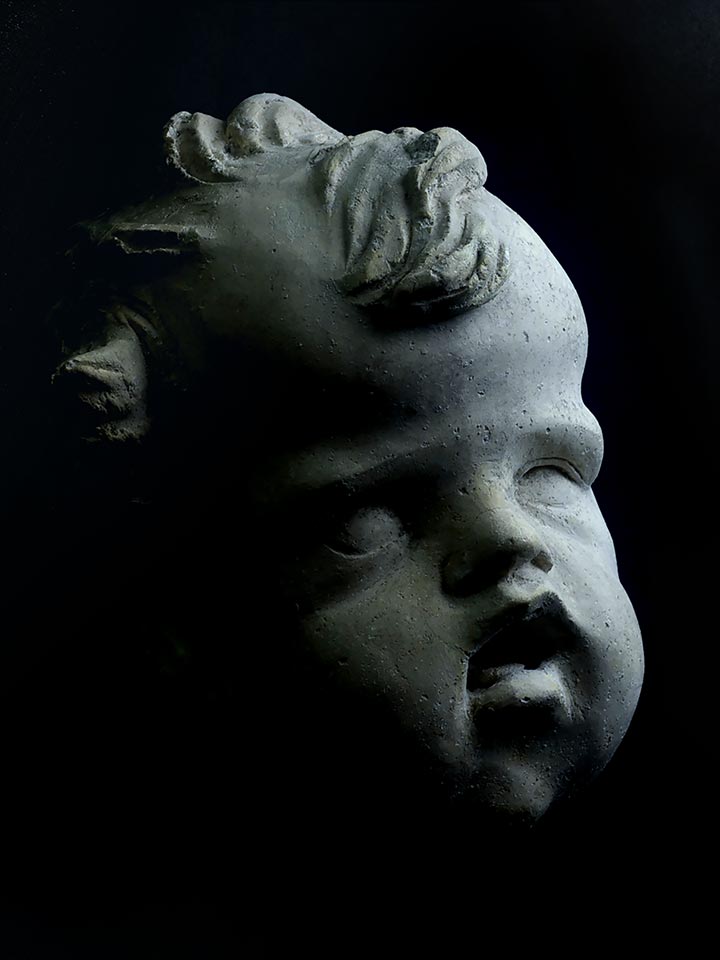 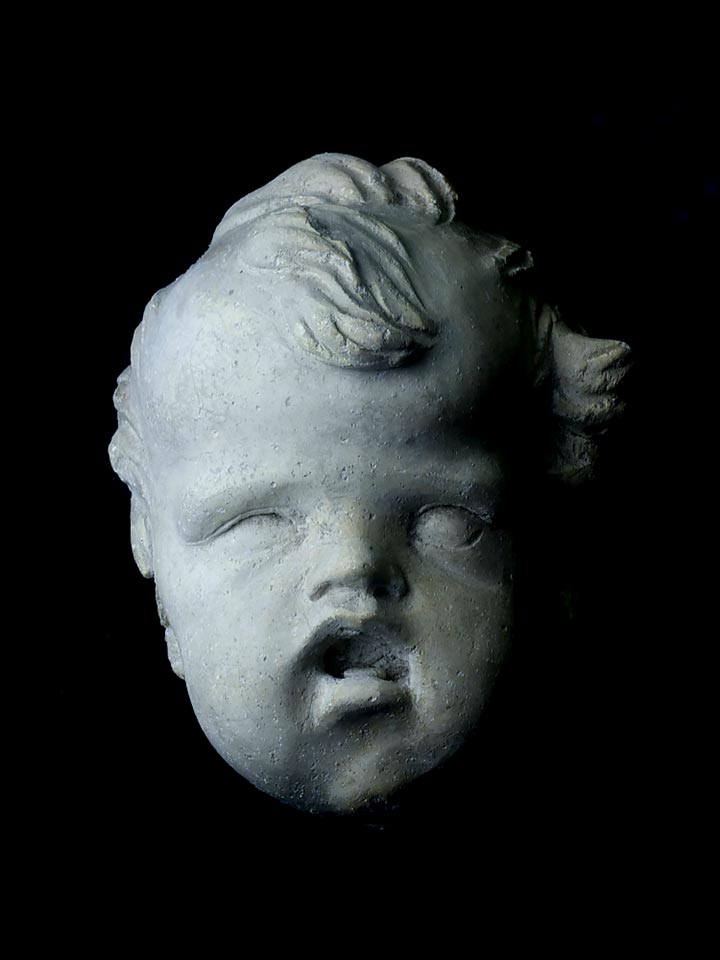