The figure of the lion has always been prominent in humanity's artistic imagination; from the prehistoric graffiti in the Chauvet cave to the famous Egyptian sphynxes, right up to the bronze lions in London's Trafalgar square, which date back to the 19th century. Particularly in Medieval times (12th - 14th century) lion figureheads were often placed on cathedral facades or guarding entrance gates. The lion after all stood for nobility, courage and strength, and many artists felt obliged to use this proud animal as a representation of power and heroism. In all likelihood this lion sculpture, given its size and its square base, was probably located in a pedestal in the entrance of a noble residence. The careful detail found in the sculpting of its mane is juxtaposed to a rather approximate depiction of the animal's anatomical elements. This sculptorial asymmetry was not uncommon in the 13th century, when style focused more on highlighting symbolic elements: and the mane has always been the feature of the lion that best represents its strength. The crouched position and the linear welts that run the length of the body as far as the face, lead us to believe that this lion may have been sculpted by middle eastern craftsmen. 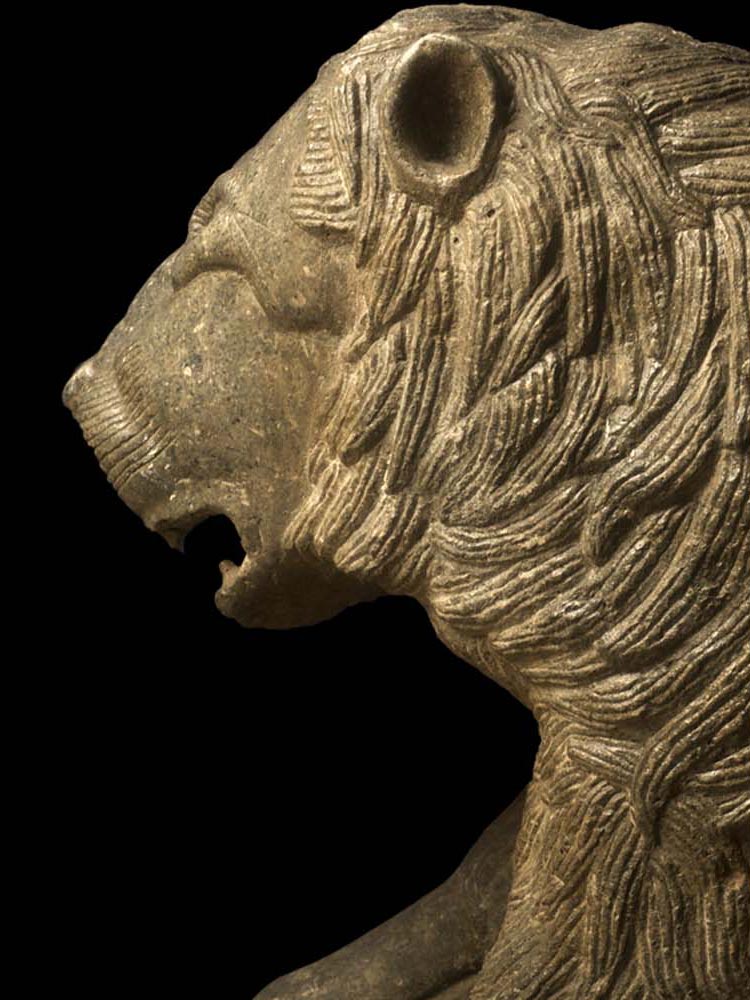 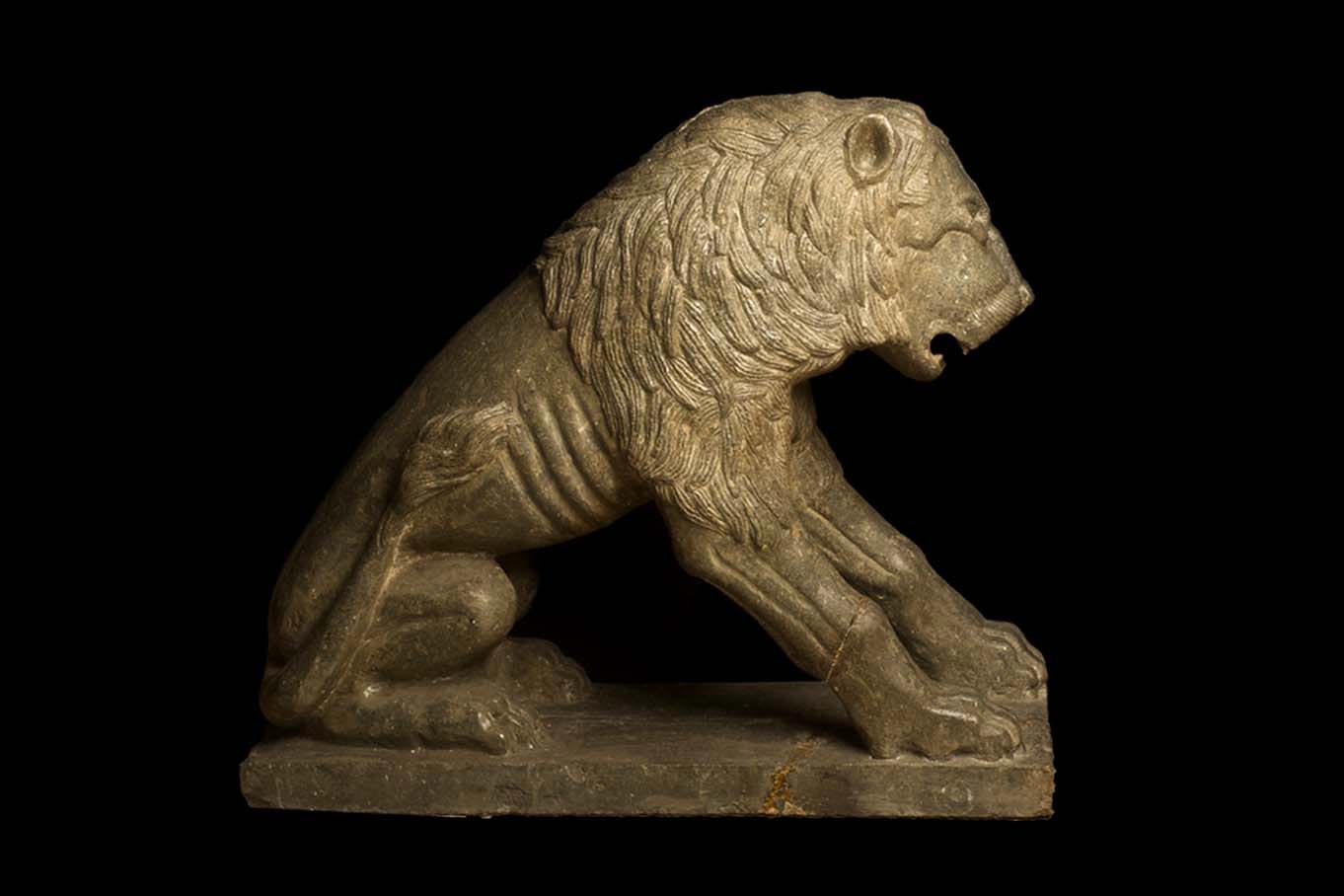 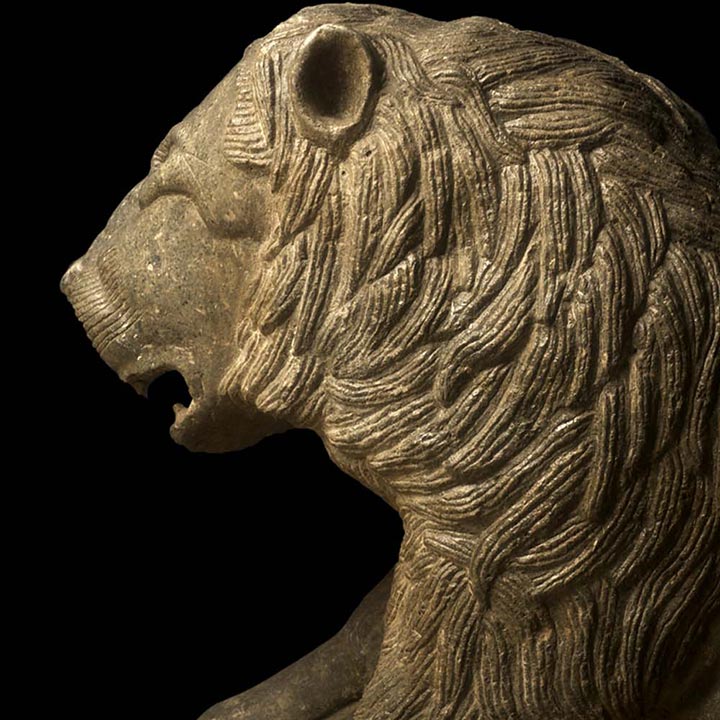