This bust of Joan of Arc, idealised through highly sparse forms and without overindulging in detail, is described with two elements that belong to the figurative tradition: the soldier's armour and a gaze turned upwards to God.

But while the armour is representative of the important role that Joan of Arc played in the political and military conflict that shook France in the 15th century, when she actually led Charles VII's army in its clash against the English at Orleans in 1429, it is this same attire that ended up sealing the fate of this very young woman. On being captured by the Burgundian faction that opposed King Charles VII, in the countryside near Compiegne, the seventeen year old Joan was put on trial and sent to the stake for "wearing men's clothing". In actual fact the trial was a farce, and what they actually wished to punish was the fame and popularity she had secured among the poor people of France.

The unknown artist who made this bust, in spite of its very austere demeanour, is fully aware of the character's power and represents Joan of Arc in the splendour of her youth and the perfect beauty of those, like her, who had a burning passion for their homeland. 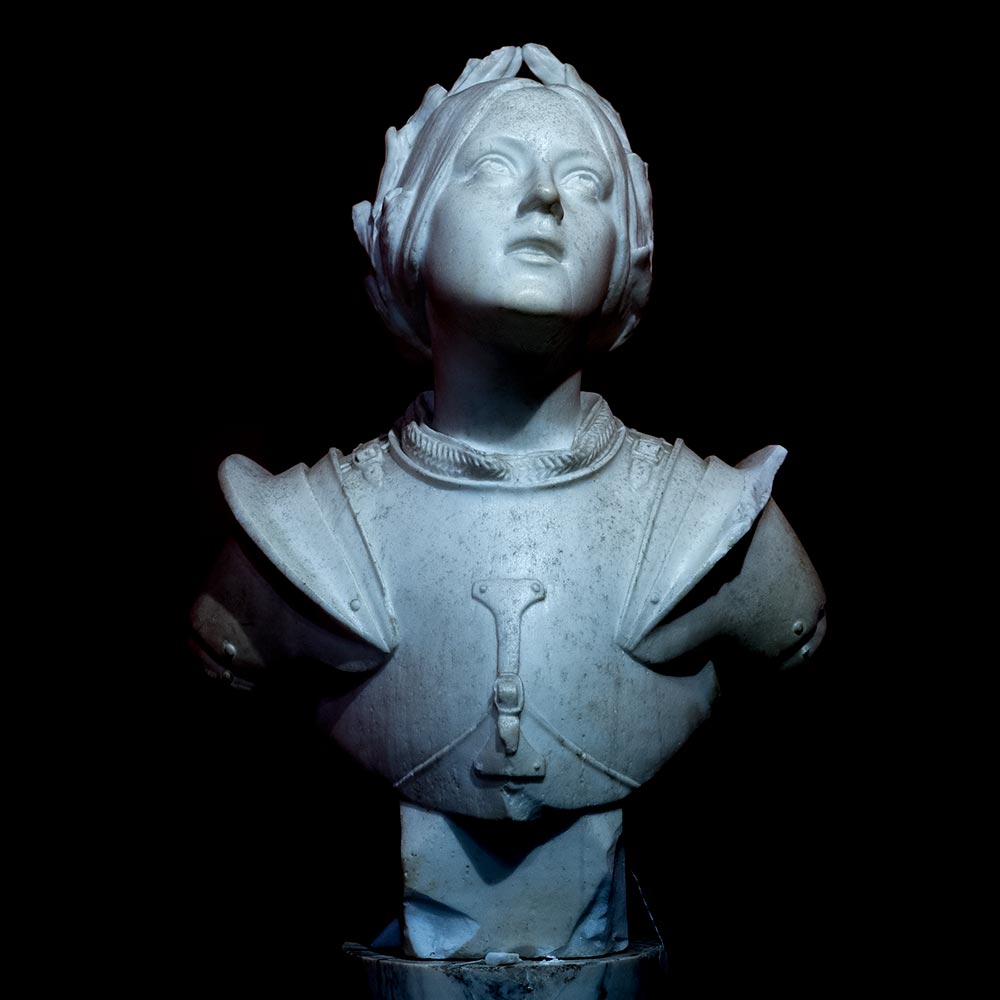 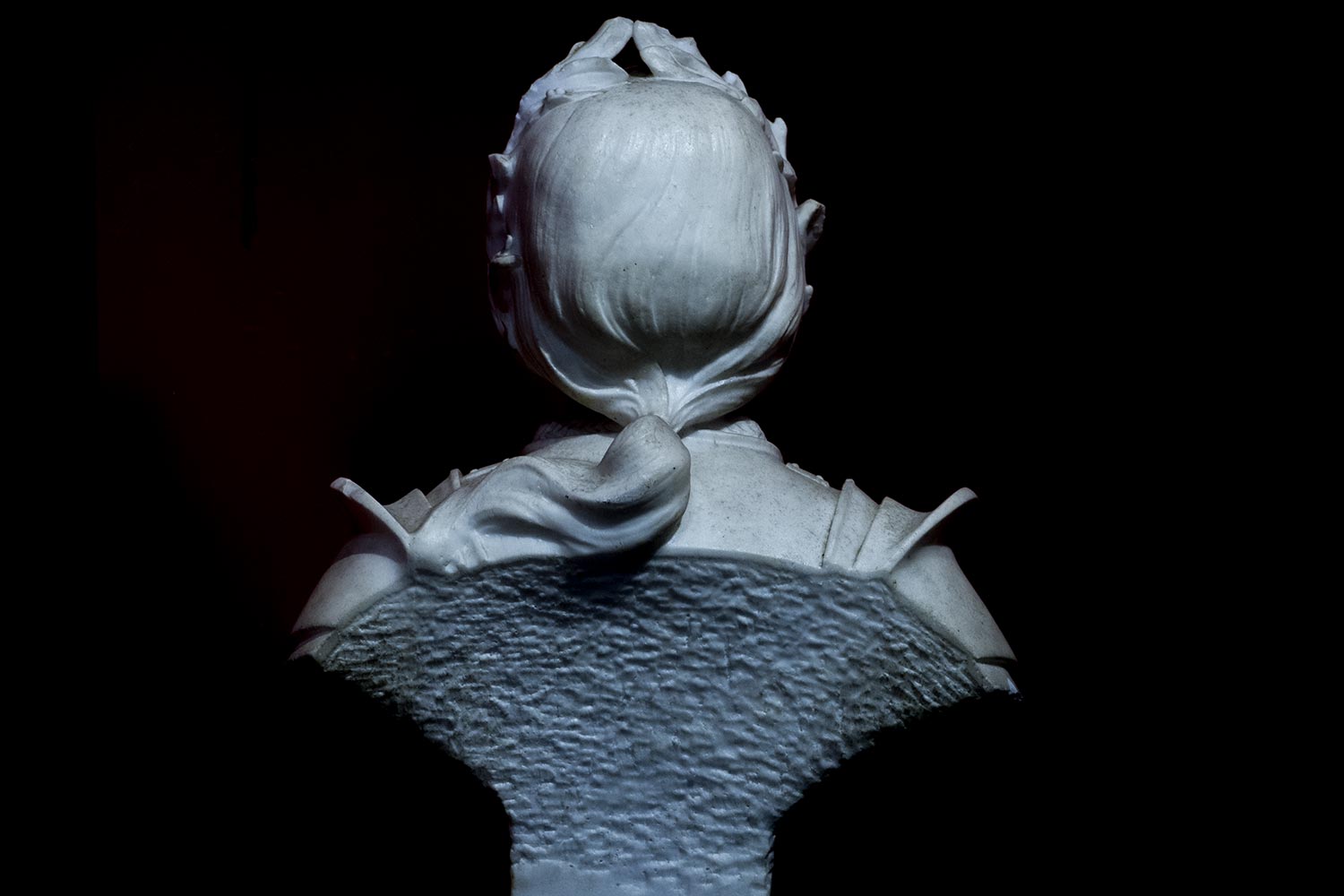 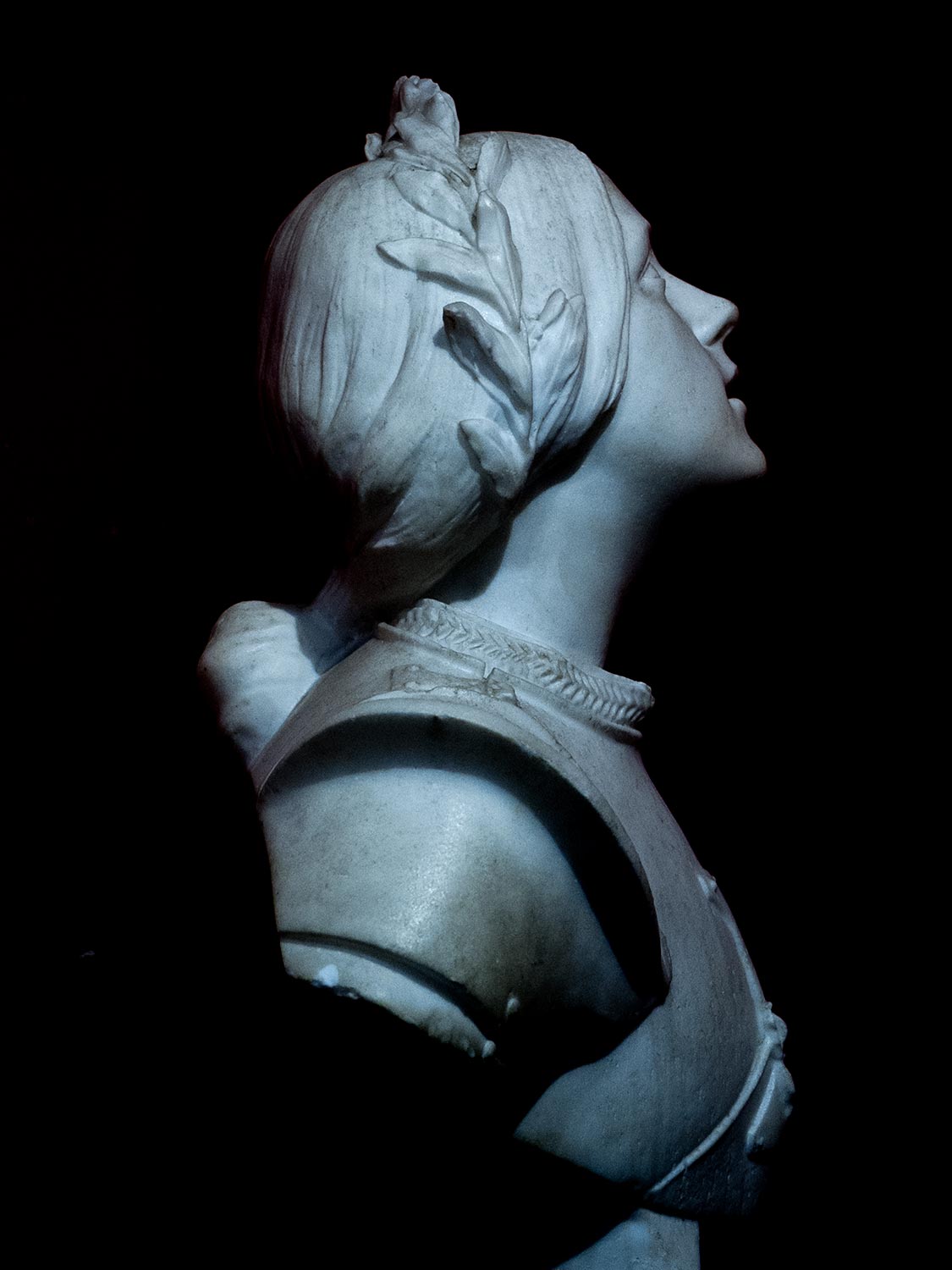