This silver parade plate is typical of the Sicilian Baroque production of silver items to be used in church services and made by the most celebrated silversmiths in Palermo and Messina between 1600 and 1700. It was probably part of a complete set produced using the same techniques and decorative motifs. The central decoration is an embossed weather vane, a symbol of the importance of faith over the adversities of live.

Metal embossing was a very ancient technique: there are splendid examples of embossed metals dating back to Ancient Egyptian times. The embossing procedure does not involve the removal of any material because it takes advantage of the pliability of the metals used, which are at first whittled down to thin sheets and then shaped as a negative, in other words from the opposite side to the one that is to be displayed. The artist rests the metal sheet on a giving surface, often tar, and then uses a small hammer and chisels of various shapes to hammer the metal into the desired shape. 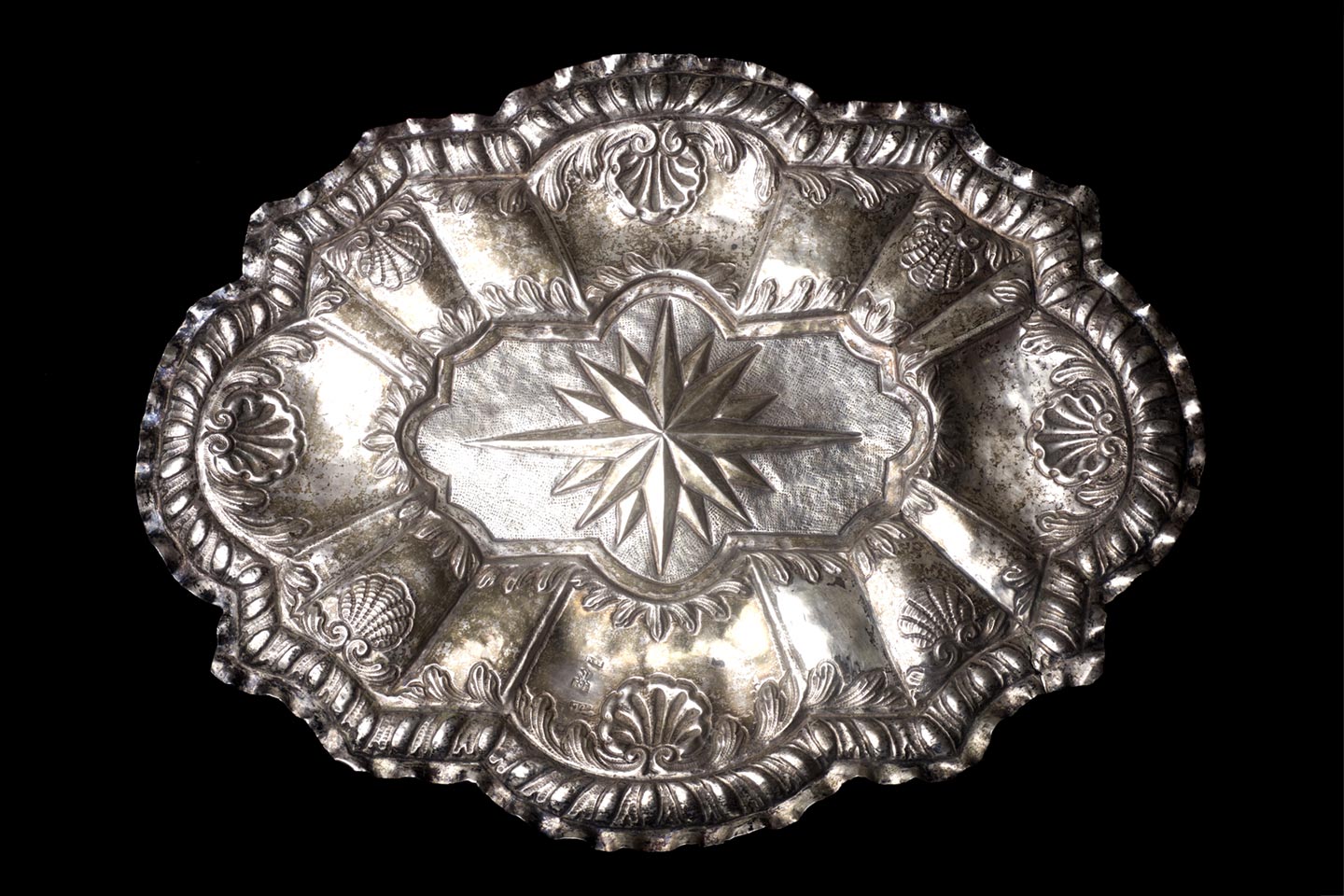 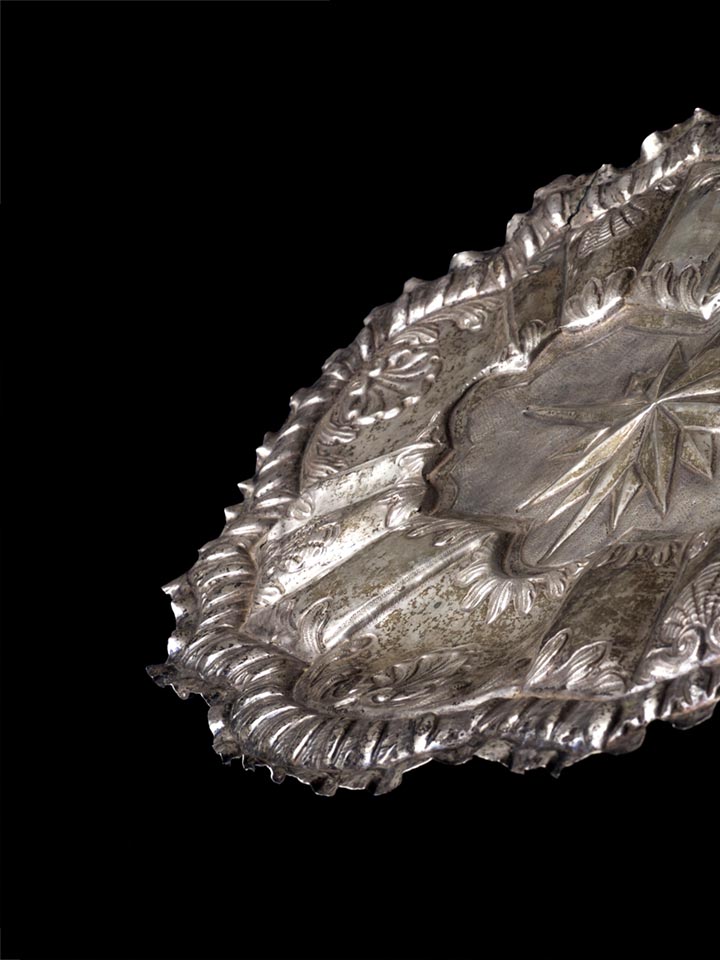 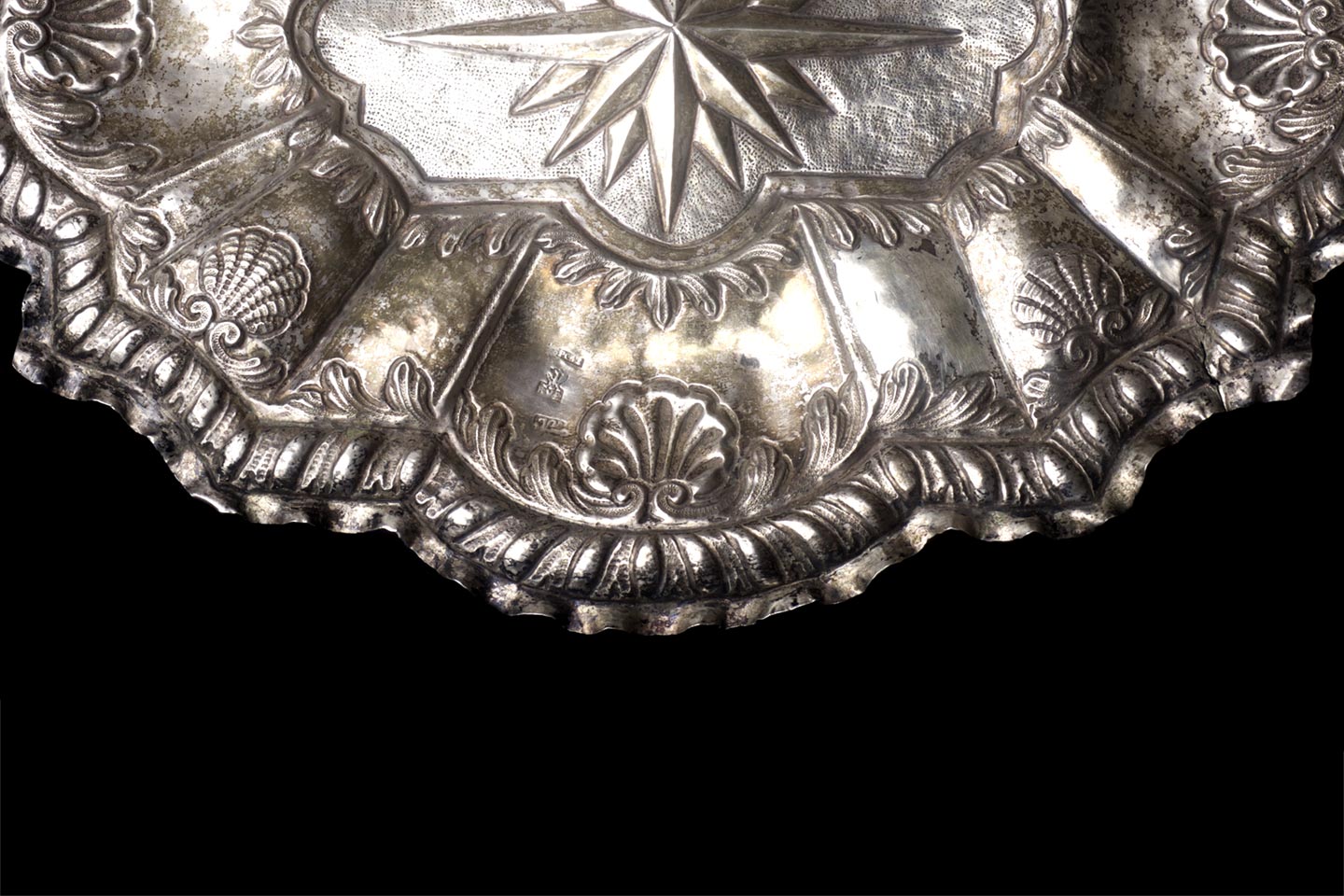 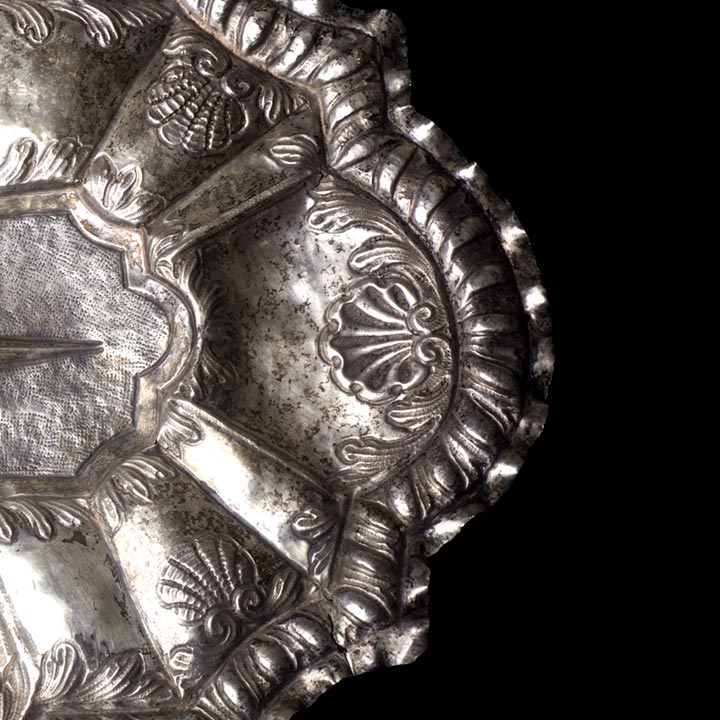